After giving birth to her first baby, Nepali Actress Arunima Lamsal hasn’t been able to get a good movie for the last couple of years. The only movie she had done after 19 months of giving birth to her child was ‘Urvashi’. In the upcoming movie, Arunima will be featured as a Dalit mother. 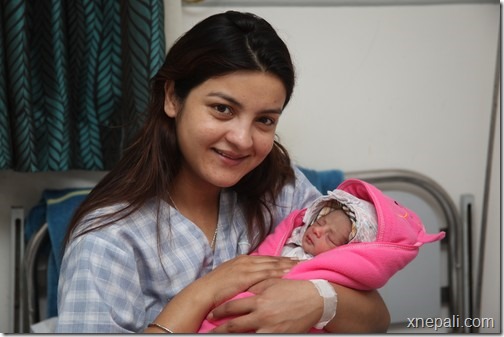 Arunima is excited about the character as it is the first time Arunima is featured as a Dalit woman. She is also satisfied that the producers have fulfilled all her demands. The movie is directed by Sachinraj Amatya and the shooting will start on the Holi day. Arunima confidently told that she will actively start acting in movies in coming days.

Looking at the recent past, actress Richa Ghimire and actress Sanchita Luitel haven’t started acting after giving birth to their children and Arunima also had tough time to get the comeback movies. But, if looked at the history, mothers of teenage daughters – Jharana Thapa and Karishma Manandhar are still doing roles of lead actresses.

‘Pipal’ will feature Kishor Khatiwada in lead role and will also debut Aamir Singh Thakuri in Nepali movie industry. The movie is scheduled to be shot in Palpa, Butwal and Tribeni area.