A report in Kantipur Daily stated that Nepali girls including an actress was seen dancing in dance bars in African country, Tanzania. The actress had reached the country through Delhi route. In Delhi she had told that she was on route to Tanzania to learn international dance. 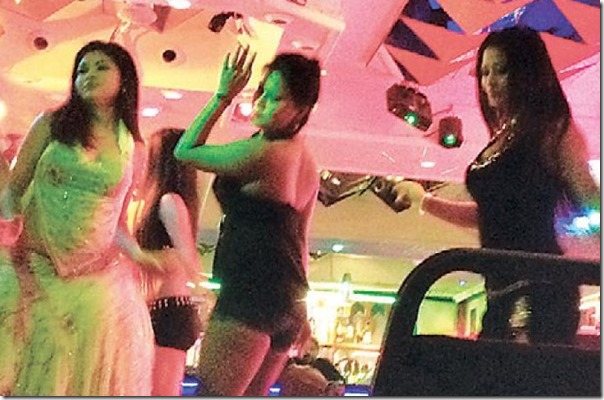 In Tanzania, the actress was quoted telling that she was duped. The agents snatched her passport and mobile phone and forced to dance in the local dance bars. The actress also revealed that her husband had had sent her to the place. The identity of the actress is not revealed in the report.

The front page report is attached below: 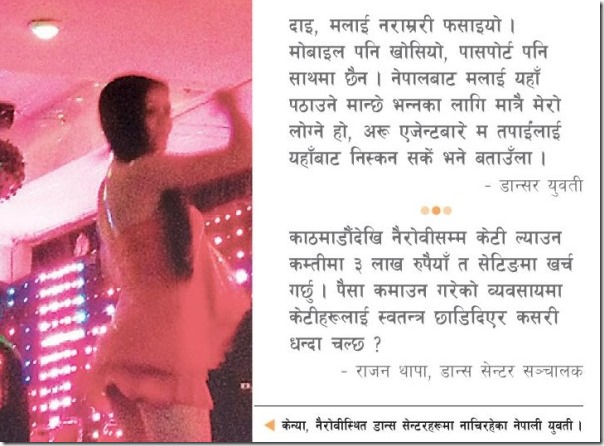 Click on the following image to make it big: 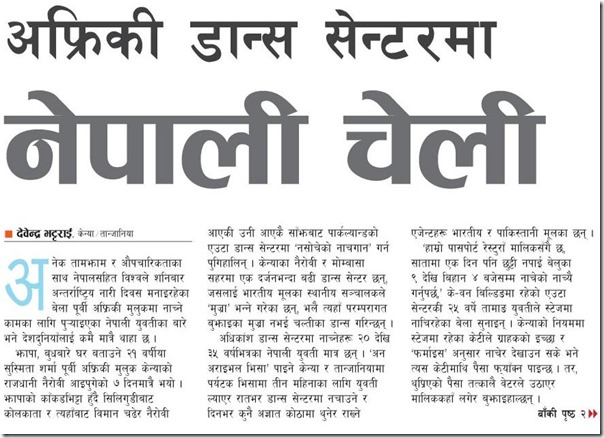 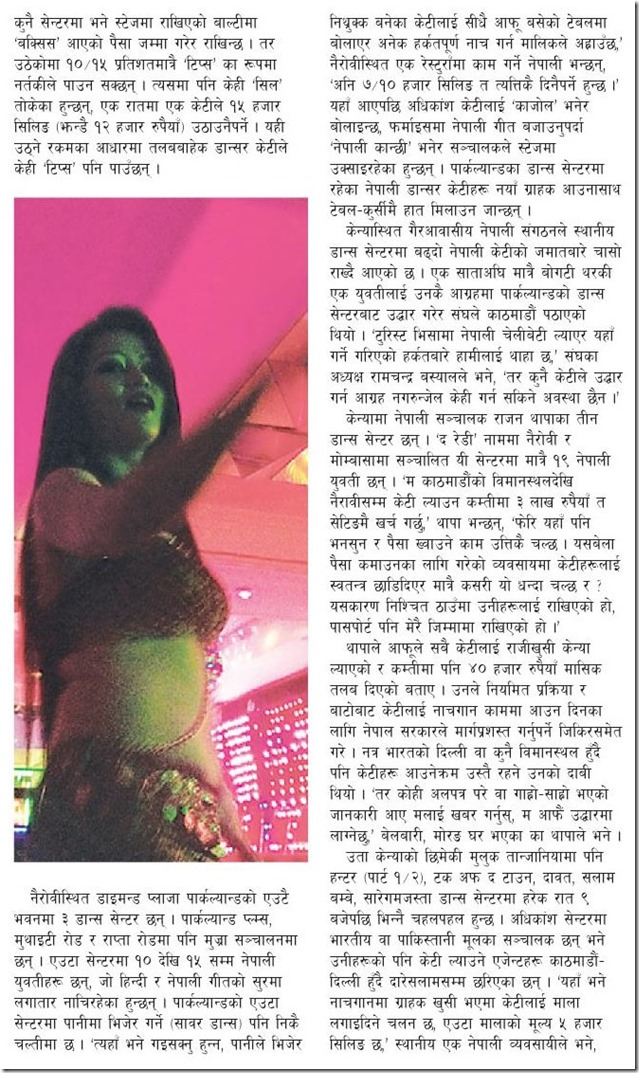 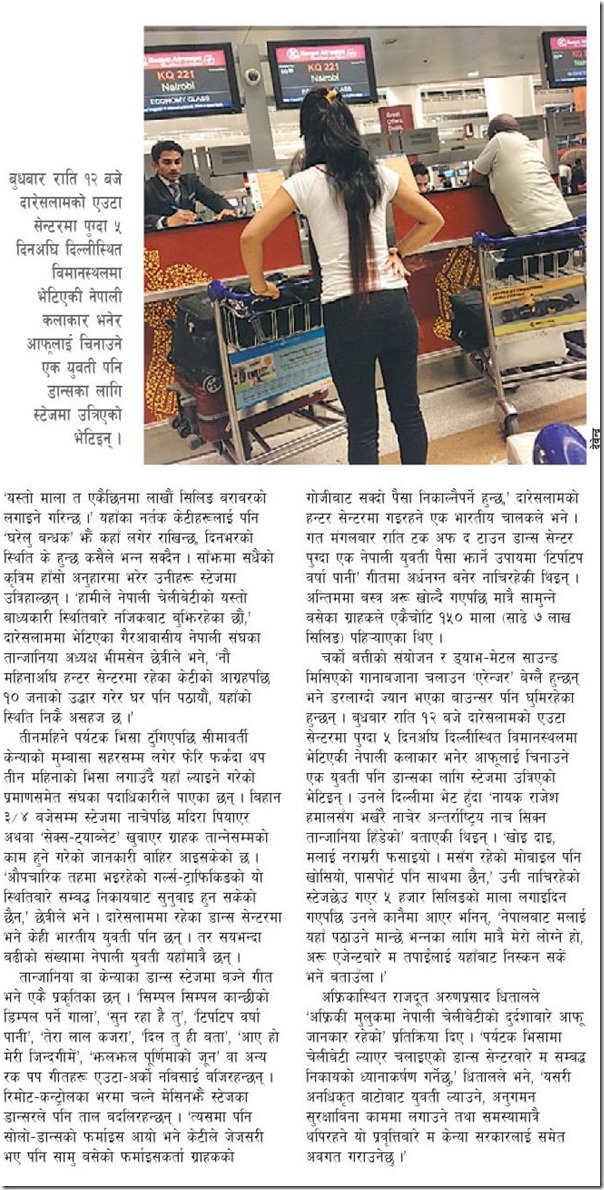