A CB Malla’s presentation, Nepali movie ‘Andolan’ is produced by OM Shree Films. The movie is made on the story of people’s revolution in Nepal, featuring actress Karishma Manandhar and Dinesh Sharma in leading role. The director of the movie, Tirtha Thapa, has also written the story of the movie.

The script writer is Abinash Shrestha with help of Mohan Niraula. Assistant director is Pradeep Shrestha. The action by NB Maharjan, choreography and editing by Raju Shah. Bhim Rana is the cinematographer and Prakash Gurung has composed the music.

Karishma Manandhar – One of the most beautiful actress in the Nepali movie industry, Karishma Mannadhar, is still beautiful in her 40s. Karishma is planning to direct a movie featuring her daughter Kabita in leading role. The actor Dinesh Sharma was also an active actor in the movies of the past. Although he couldn’t get to the top, he was a dedicated actor.

Biography of Karishma Manandhar and the list of movies featuring Karishma: 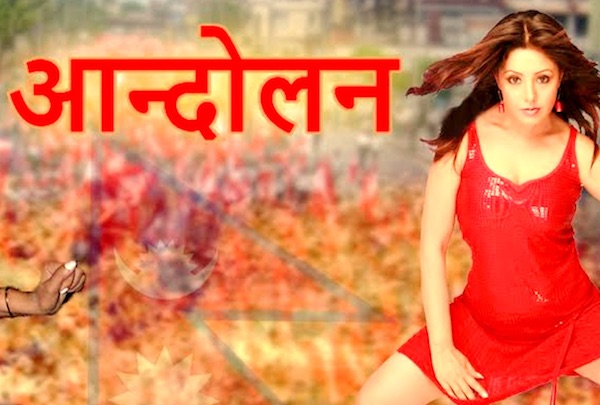