A presentation of Crossed Fingers Entertainment, by Pradeep Bhardowj, Nepali movie ‘Chalechha Batash Sustari’ is a love story movie. The movie is jointly directed by two female directors Sabu Subedi and Anila Khadka. The script of the movie is written by the producer and the popular script writer Pradeep Bhardowj. The cinematographer of the movie is Purushottam Pradhan, editing by Surendra Poudel, lyrics by Ramji Lamichane, choreography by Kabiraj Gahatraj, and music by Bikash Chaudary and Santosh Rajaure.

‘Chalechha Batash Sustari’ was released a couple of days before the Valentine Day of 2016 with two of the most successful movies of the year – ‘Classic’ and ‘Prem Geet’.

The movie featuring Sushma Karki with Pramod Bhardawj was expected to re-establish actress Sushma Karki in the film industry. After the failure of her hot avatar in Nepali movie industry, Sushma is featured in a sober role in this movie. The movie however couldn’t live up to the expectations of the film maker and the artists.

The movie marks the debut of the actor Pramod Bhardwaj. After the movie, he is not seen in another movie yet.

I had prepared the following video earlier this year: 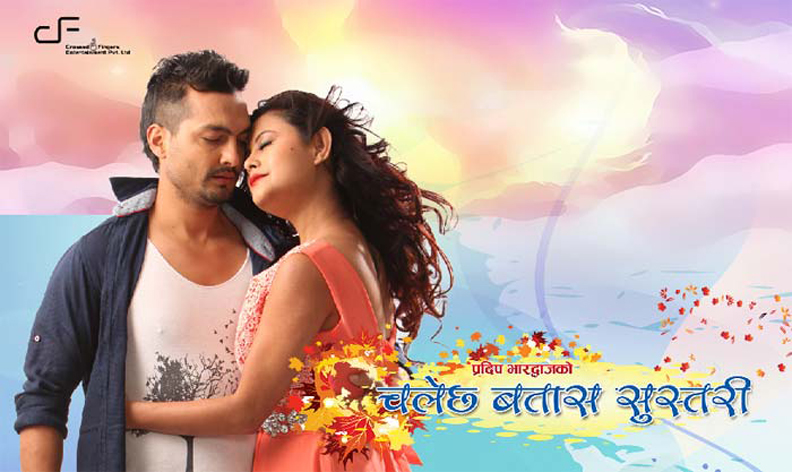