The movie ‘Fulai Fulko Mausam Timilai’ produced by the director Dinesh DC was highly promoted and had a high expectation of success. During the release of the movie released with Bhuwan KC’s movie ‘Dreams’, DC had used all types of promotional stunt. He had also accused Anmol KC of being unskilled actor. But, ‘Dreams’ became successful movie and ‘FFMT’ failed to attract the viewers. Dinesh DC had released the audio of the movie at the residence of the Prime Minister of Nepal, KP Oli. Oli was criticized for his statement during the ceremony. He was also criticized for the event at the time of crisis in the country.

The movie featured the choreography of Ramji Lamichhane, music by Suresh Adhikari, cinematography by Mankrishna Maharjan, editing by Pritam Pandey, background score by Alish Karki, VFX by Ramesh Man Shrestha, action by NB Maharjan, story by director Dinesh DC and the name of the producer is Amir Ali. The playback singers in the movie are Rajesh Payal Rai, Binika Pradhan, Raj Sigdel, and Deepa Lama.

Biography of Neeta Dhungana and the list of Neeta’s movies in xnepali:

Photo – Then PM of Nepal, unveiling the music of ‘FFMT’ 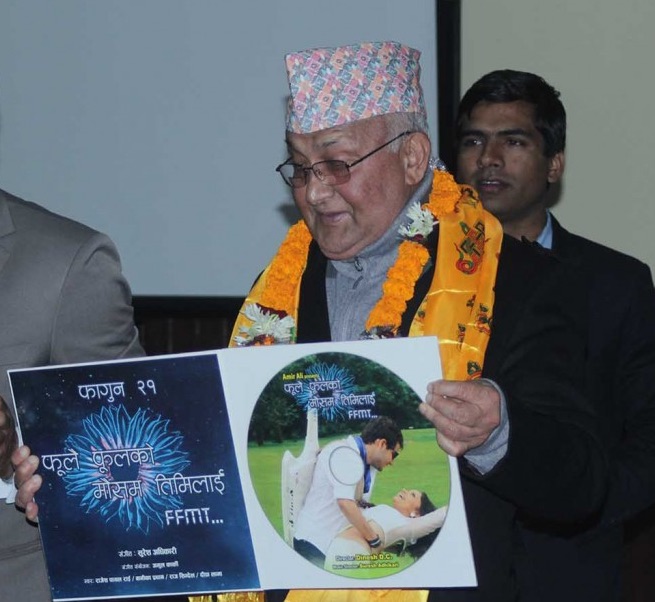