The movie by Aakash Adhikari under Adhikari Brothers Pictures introduces Aryan Adhikari and Mariska Pokharel in the Nepali film industry. The movie features music of Basanta Sapkota and Tara Prakash Limbu, and lyrics by Krishna Hari Baral, Akash Adhikari, and Sunder Shrestha. The background score is prepared by Alish Karki. The choreographers in the movie are Basanta Shrestha and Renesha Bantawa Rai, action by Himal KC, screenplay by Yam Thapa. The editors are Arjun GC and Bhupendra Adhikari. The DOP is Nawaraj Krishna Thapa. Prabhat Baskota was the assistant director to Aakash Adhikari.

The movie was released on May 13, 2016 (Release news). The Censor Board had given PG certificate to the movie.

About ‘Ke Ma Timro Hoina Ra’
Both the leading actors in the movie – Marishka and Aryan are new entries in the movie industry. Aryan is also the son of one of the producers – the brother of the director Aakash Adhikari. After this movie Marishka had also worked in her second movie ‘Chapali Height 2’.

Actress Gauri Malla and Mithila Sharma are featured in guest roles in the movie. 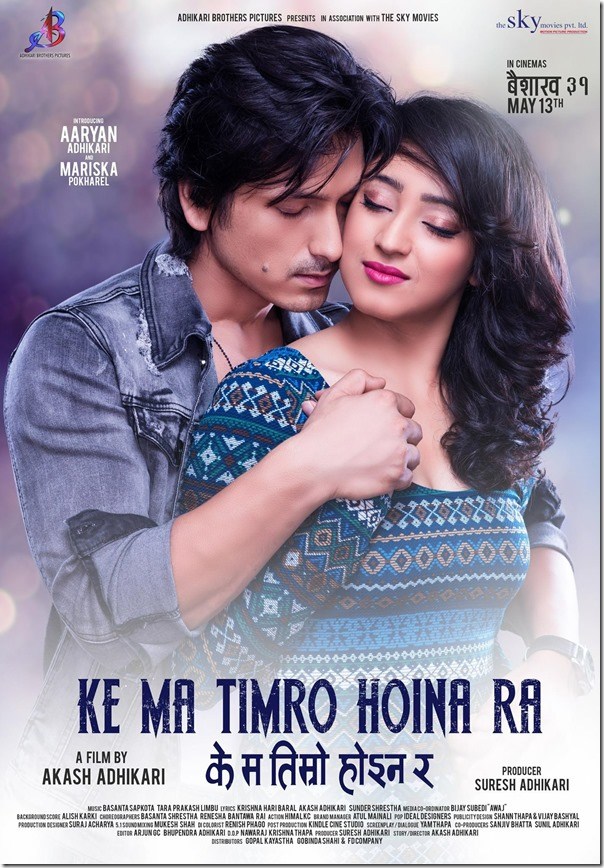