In a latest report, actress Mariska Pokharel has married her boyfriend of two years in a private ceremony in Australia. According to reports, Marishka’s boyfriend had been living in Australia for the last 8 years and they were seeing each other for the last 2 years. 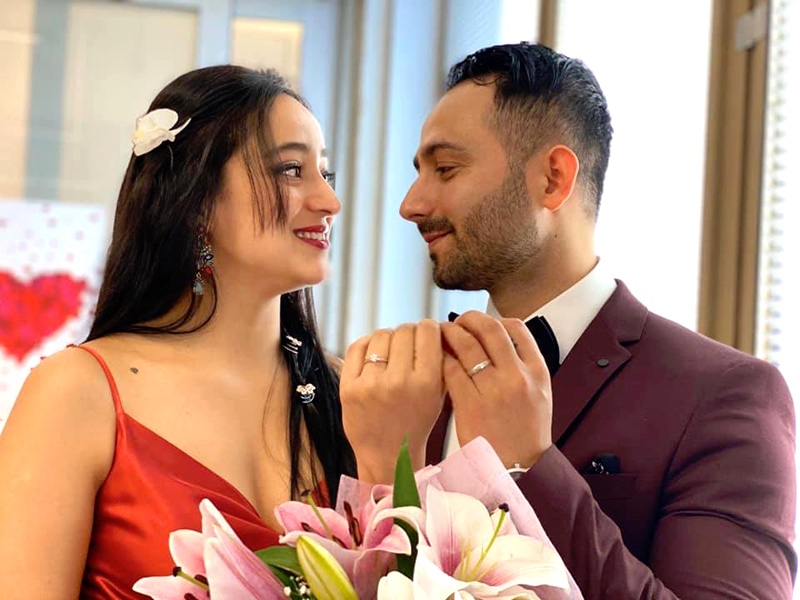 Marishka Pokharel started acting in Nepali movies in 2016. She debuted in ‘Ke Ma Timro Hoina Ra’, a movie by Akash Adhikari opposite to another debut actor Aaryan Adhikari. Although the movie features well known actresses like Gauri Malla and Mithila Sharma the movie wasn’t much successful. Watch a short version of the movie here:

Then, Mariska did her second movie ‘Chapali Height 2’. The movie was also released in 2016. The movie directed by well known director Dipendra K Khanal also failed to do a magic. The movie also featured another actress and model, Pramita RL Rana in leading role. The movie was special for Paramita as she was featured with her then-boyfriend Ayushman Desraj Joshi. The failure of the movie was shocking for the the popular couple’s debut appearance. Paramita and Ayushman separated after the movie. Ayushman Desraj got married to another actress Priyanka Karki this year.

Before debuting in acting she did music video in 2015. She was featured in Swaroop Raj Acharya’s Aaja Man Ma Timro and others. But, the most popular viewed music of Mariskha so far are Shirphool and Salko Paat.

Marishka’s hobbies are acting, facepainting, paper craft and modelling. Marishka had also wokred as an art teacher at Daizawa International School, Tokyo, Japan. She had started teaching arts at the age of 18 years without any prior art trainings.

It is little known that Marishka was also signed into a Hindi drama movie titled ‘Yaara’ in 2016, before she debuted in Nepali movie. The movie directed by Tigmanshu Dhulia, based in “A Gang Story” by Oliver Marchal was told to feature Irrfan Khan and Shruti Haasan in leading roles. Later Irrfan Khan was removed from the movie and the shooting was delayed. The movie was shot in Nepal too and is expected to release in 2021.

At that time, Mariska had told that she had got the short role in the movie after being selected in audition. It is not known if she did the role or not.

Congratulation to to Marishka and her husband on the new journey in your life. I will update with a video report after a while.