Nepali movie ‘Mailee’ is a presentation of DB Thapa for NFDC. The Nepali movie ‘Maili’ was a hit movie at the time of its release. ‘Maili’ is made on the story of Nabin Subba and Gopalji Nepali. The sctript and dialogues are written jointly by Brajesh Khanal and Gopalji Nepali. The movie features the cinematography of Bhim Rana, editing by Rajani Pant and Anil Gautam, action by NB Maharjan, choreography by Shanta Nepali and Kamal Rai, music by Sambhujit Baskota.

The superstar of Nepali film industry, Rajesh Hamal’ is the lead actor in the movie . Rajesh romances with actress Bipana Thapa. Rajesha Hamal has slowed on signing of new movies these days. Actress Bipana has left the film industry to live with the family in India after marrying Indian businessman.

Biography of Bipana Thapa and the list of movies in xnepali featuring Bipana: 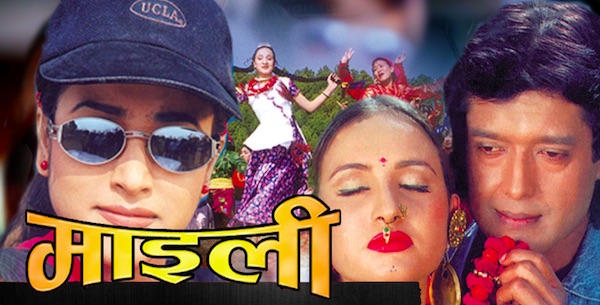