A presentation of Aakash Adhikari, Nepali movie ‘Raghubir’ is made under The Sky Movies banner. The script of the movie is written by Suroj Subba Nalbo on the story of the director, Raj Shakya. The movie is sub-titled “The real kick boxer”.

The action movie features the top actors of Nepali film industry – Rajesh Hamal and Biraj Bhatt. Rajesh Hamal, one of the most popular actors in the film industry has slowed down these days. His upcoming movie ‘Sakuntala’ features Hamal in a woman’s appearance.

Biraj Bhatt had left the Nepali film industry for about five years and is making comeback in upcoming movie ‘Parshuram’.

Actress Sanchita Luitel has also been trying to establish herself after she left the industry to get married to actor Nikhil Upreti. 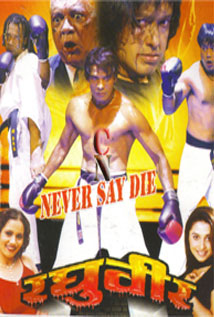