The photo of Nepali superstar Rajesh Hamal‘s girlfriend, Madhu Bhattarai, has finally been revealed in the media.  After knowing each others for the last 7 years long, one of the most popular actors in the Nepali movie industry had managed to keep her a secret. It has been more than two years since he had publicly admitted about their affair but, nobody had been able to point out who she was until today. 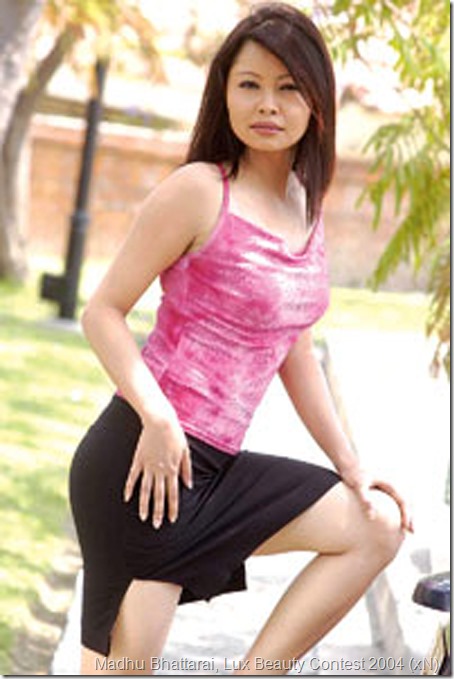 According to an online magazine, Rajesh Hamal and Madhu met during the Lux Beauty Star contest. Rajesh Hamal, who was the chief judge of the contest, was impressed by the talent of Madhu. Although Madhu could manage to  get selected in top five out of 20, she couldn’t answer the question asked by Rajesh because of her nervousness. That was one of the reasons another participant, Priyanka Basnet, ended up winning the title. At the end of the contest, Rajesh Hamal gave her visiting card and they started communicating through email. Although Madhu had proposed in the beginning, Rajesh waited for six months before accepting the proposal.

Other details include – she is 5’6" tall beauty from Biratnagar. She is not doing any jobs after the completion of her bachelors degree. She is told to be living in a flat purchased by Rajesh in Lazimpat. Her father had died two years ago.  Madhu is good at making cakes and Rajesh loves the chocolate cakes Madhu makes.

The photo shown above was published in Wave Magazine in 2004. 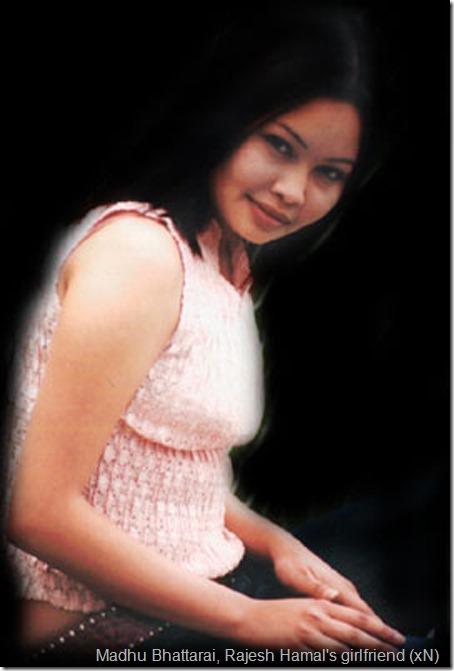 Rajesh Hamal told about his girlfriend for the first time in 2010. His announcement of the marriage that year was postponed on an alleged suggestion of an young jyotish, Harihar Adhikari.

The reason nobody could point the Mongolian faced Madhu Bhattarai to be Rajesh’s girlfriend until Kantipur published a sketch and an interview of her last week.

Let’s hope, Rajesh and Madhu get married soon and they will have a long and lasting relationship.

13 thoughts on “Photos of Madhu Bhattarai, the girlfriend of Rajesh Hamal”