We have linked them together because, they were linked before too. Although Poojana had rejected such relationship, Shivam had clearly stated "me and my life" in a photo of them (see the screenshot in Nepaliactress.com) on November 19, 2013. At that time, Poojana had responded by saying that she commenting that it was only a rumor. Shivam had later removed the photo and the comment. His comment written on November 21 is still there – "Timi chhau Ra ta Sapana chha sakar Garne chahana chha. I love u my heart."

After almost a year, on November 13, 2014 Shivam had announced that he is in a relationship in Facebook, and Poojana did the same after a couple of days (on November 16). We hope it one relationship not two different relationships.

(The link to this article will be sent to both Shivam and Poojana right after publishing it and the response will be updated here. The article might be modified based on their response.) 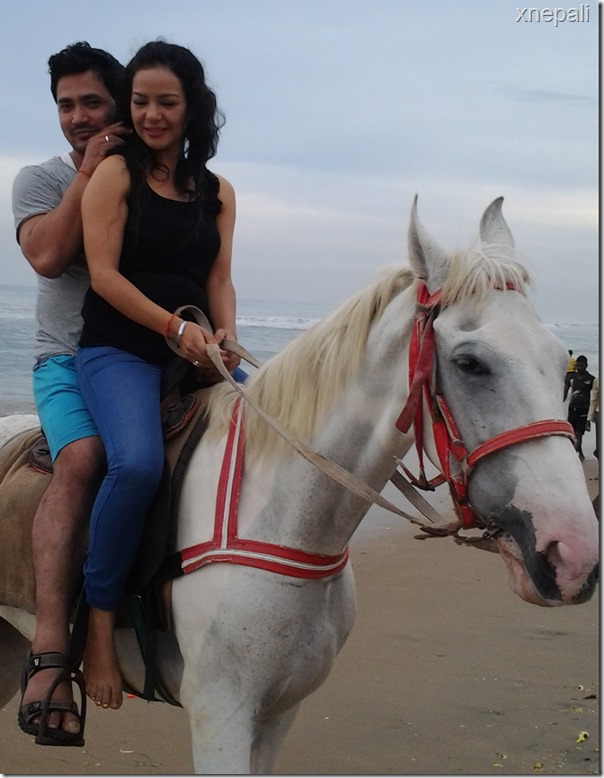