Late princess Shruti Rajya Laxmi Shah Rana was the only daughter of King Birendra and Queen Aishwarya. She had an elder brother, Prince Dipendra and a younger brother Prince Nirajan. When the princess died along with her whole family including her father, mother, brothers, aunts and uncles; she was only 24 years old. A mother of a 7 months old Surangana and a 3-years-old Girvani, Shruti’s husband Kumar Gorakh was also injured in the Durbar Hatyakanda of 2001.

Gorakh and Shruti had married in a lavish ceremony on 7 May 1997 in Kathmandu. Just after 4 years of marriage, these two were separated by Shruti’s death. Gorakh remained single for six years and finally decided to get married on December 5, 2008. Gorakh Rana’s current wife, Deepti Chand, is the daughter of the younger brother of ex-prime minister Lokendra Bahadur Chand. Deepti and Gorakh also have a daughter from the second marriage. A senior level employee of Standard Chartered Bank in Kathmandu, Gorakh stays mostly away from the news.

Here is a video report on the historical marriage of the late princess of Nepal.

The daughters of Shruti have grown up and are doing their university degree these days. They are living in India and are keeping low profile.

And, a biography video about the late princess:

Please comment on the late princess, her daughters and her husband Kumar Gorakh. I am working on the investigation of the Durbar Hatyakanda in my video series. There are a lot of mysteries to be found in one of the most strange death of Nepali royalty. 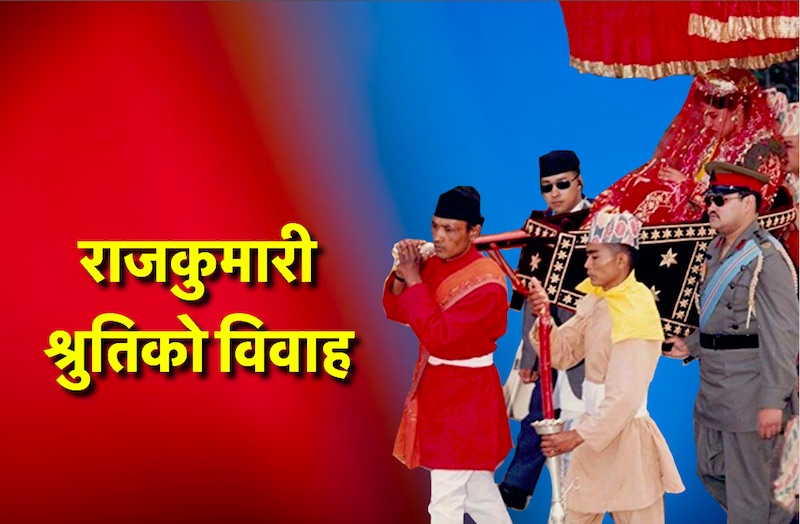