After a long vacation in the US to celebrate Dashain and Tihar, Nepali Superstar Rajesh Hamal returned back to Nepal on November 21, 2012. Rajesh Hamal had left Nepal on October and he had celebrated the festival of brothers and sisters, Tihar festival, with his sisters living in the US, after a long time. 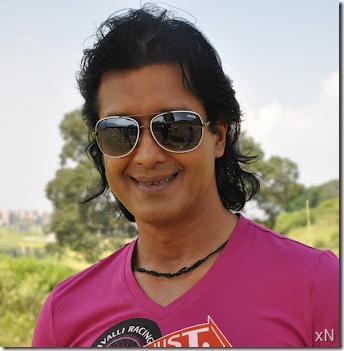 While in the US Rajesh Hamal partic
ipated in various cultural programs and danced in stage with a actresses like Karishma Manandhar and Saranga Shrestha. He also met various Nepali people living in the US, participated in different programs and also told jokes on himself, Rajesh Dai jokes.

Apart from acting, Rajesh Hamal will also participate in an education fair being held in Pokhara on Mangsir 12.  At that time, three well known persons including Rajesh Hamal will be honored by taking then around the city in a special ceremony.

2 thoughts on “Rajesh Hamal back to Nepal, starting 'Rakshya' soon”