In an event organized in Kathmandu actor Rajesh Hamal proposed his long time girlfriend Madhu Bhattarai. Rajesh offered a ring to Madhu in the program held at Shankar Hotel Kathamndu. 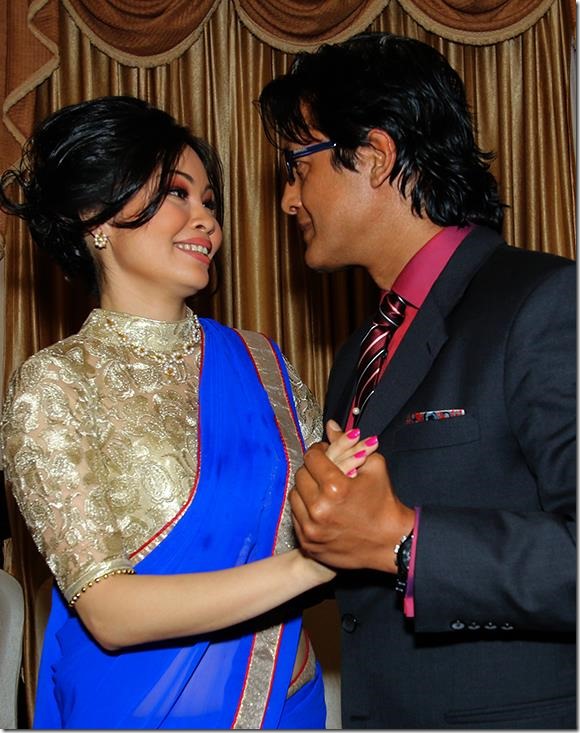 This was the first time the top actor was seen together with Madhu in a public function. The invited journalists in the program were asked to wait for half-an-hour before allowing in the room.

Video of the program:


Rajesh Hamal also presented a necklace from his mother to Madhu. His mother had asked Rajesh to give a secret gift and the necklace to her future daughter-in-law. 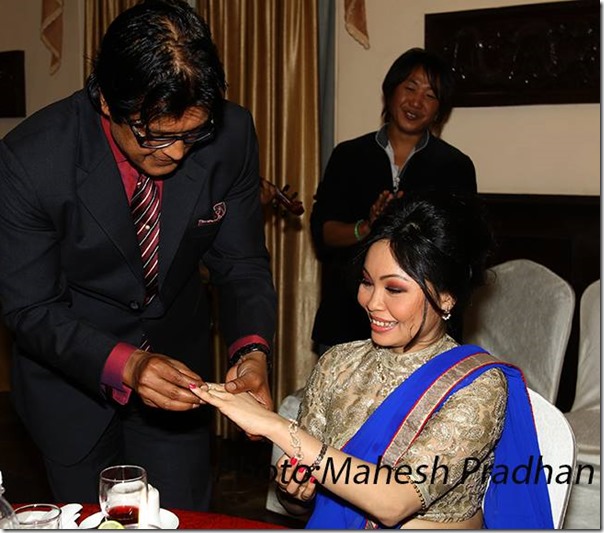 Rajesh Hamal’s mother’s name is Renu Hamal. Rajesh organized the proposal ceremony to remember his mother and offer the ornaments of his mother to his wife-to-be Madhu Bhattarai. The ornaments of Renu Hamal presented by Rajesh Hamal to Madhu include full set of diamond to be worn on ear, neck, wrist and finger.

While Rajesh’s father is CB Hamal (Chuda Bahadur Hamal) was studying in Banarash Hindu University and his mother Renu was studying in Lukhnow they met and fell in love. The meeting probably happened on their way back to Nepal — probably in a train.