In an interview for the promotion of his upcoming movie ‘Hasiya’, Rajesh Hamal visited the studio of News24 television with the producer Milan Chams. At the time when Rajesh is in the final stage of marriage, the talk was more focused on his life rather than the movie.

In the following video contain very short clips of Rajesh’s girlfriend Madhu Bhattarai. Rajesh has been seen together with his girlfriend in public and her photos and videos are still rare in spite of being engaged to the most popular person in Nepal.

The interviewer asks details of Rajesh’s girlfriend, marriage, love life, life after marriage and likes in the following video. The video is edited to exclude section not related to Rajesh Hamal’s affair and life. 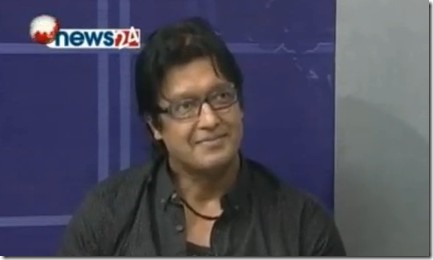