A cultural program titled “Nepali Pan Nepali Maan Ramailo Sanjh” with Nepali artists was organized at Salt Lake City, Utah on November 1. The program was special in the sense that actress Jal Shah organized the program and actor Rajesh Hamal was the chief guest from Nepal. 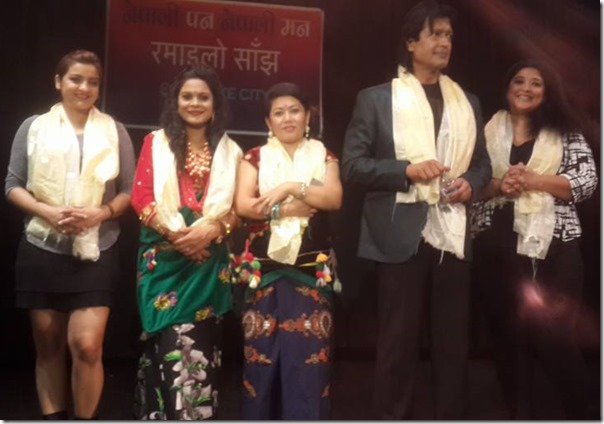 In the program, actor Dilip Rayamajhi and actress Arunima Lamsal had performed on the song of the movie ‘Kohinoor’ in memory of late actor Shree Krishna Shrestha.

The program was run by director and journalist Suresh Darpan Pokharel. A huge crowd of about 700 people had gathered in the program. At the end of the program all the artists had danced on the dohori song by Nisha Sunar and Sangita Thapa. 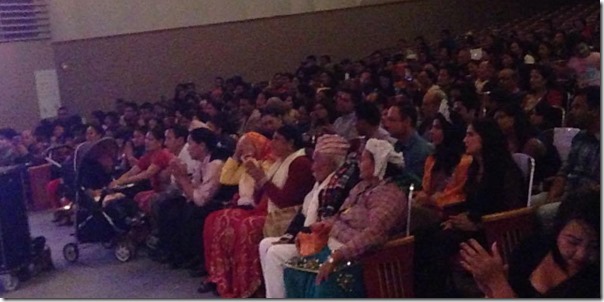 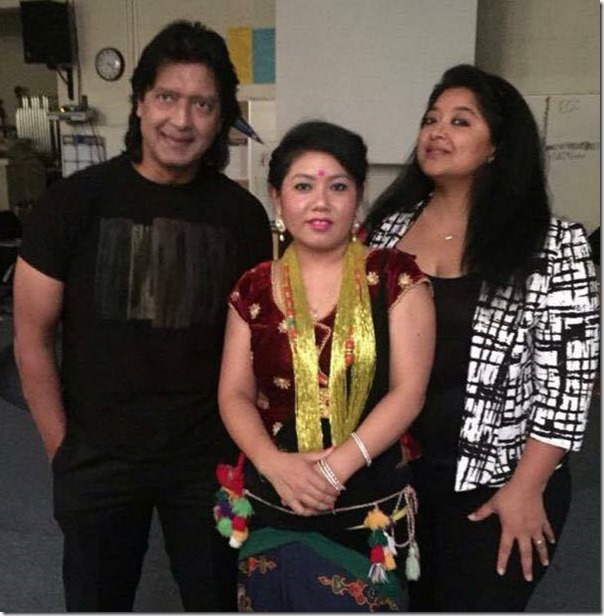 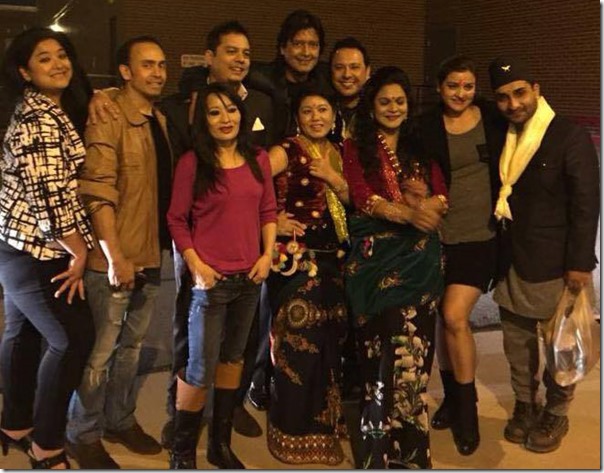 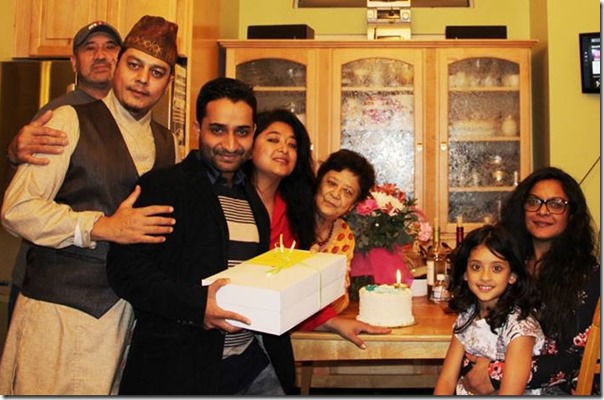 In the photo above, Jal Shah’s 7-years-old daughter Kalash is seen sitting on Nisha Sunar’s lap (on the right).