A new movie was announced on November 8, ‘Ma Ta Timrai Hoon’ in an even held at Thapathali. The movie marks the comeback of Sushmita KC after 5-years of absence from the Nepali movie industry. The movie is also the first movie to be produced by Anmol KC. Although the movie is made on the story of the relationship between mother and son, Anmol won’t be featured in the movie. He will only be the producer.

Talking in the event, Anmol told, “The movie is the story of today’s youth and it features the relationship between a mother and her son.”

Sushmita KC had stopped appearing in movies after divorcing Bhuwan KC. She had also insisted on using her maiden name Sushmita Bomjom instead of KC. As Bhuwan KC debuted as a director in his upcoming movie ‘Dreams’, there were reports of Sushmita to direct the movie. She however didn’t want to take risk and has assigned Shree Ram Mahat. The director of small screen telefilms, Mahat is also debuting as the director of big screen movies.

The movie will feature the cinematogrphy of Saurav Lama, choreography of Kabiraj Gahatraj, action of Himal KC, music of Hercules Basnet and Krishna Acharya’s script/dialogue. With Anmol KC, Subash Thapa is also investing in the movie. 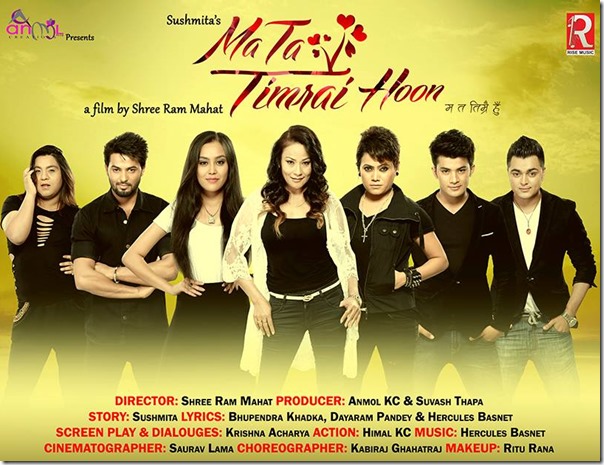