The ‘Himmatwali’ actress, director and producer, Rekha Thapa has expressed her anger towards her ex-husband in Facebook. Almost a page-long angry letter written to Chhabi is filled with degrading language and threats. 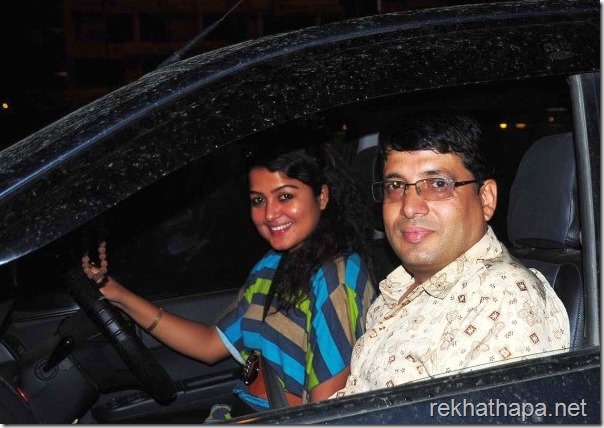 In the message Rekha has addressed Chhabi by ‘Taan’, a word used to look down on somebody. She has also regretted 10-years she spent with him. To make matter worse, she has also raised the issue of Chhabi’s previous wife who had committed suicide.

Full text of Rekha in Facebook is attached below: 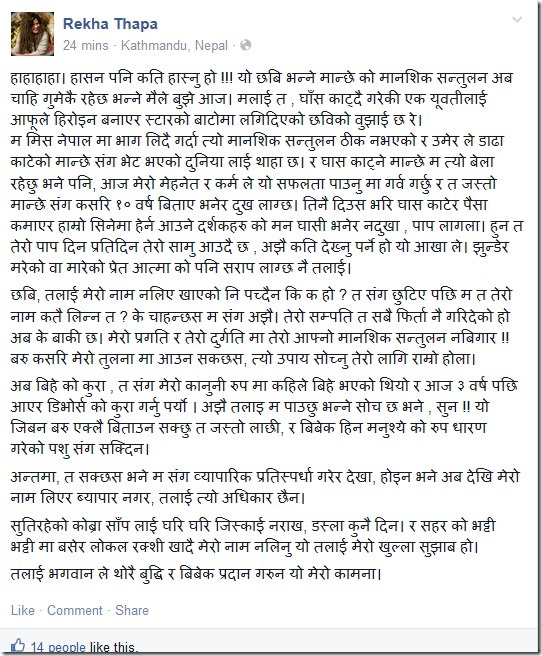 After ‘Lazza’ Chhabi is repeating Shilpa Pokharel in his upcoming movie ‘Hawaldar Suntali’. Chhabi’s closeness with Shilpa might also have fueled the anger in Rekha.

Whatever might be the case, the truth will surely come to the surface in future.