Nepali movie ‘Rhythm’ was premiered on Saturday, January 26 in Sydney, Australia. The lead actor of the movie Jiwan Luitel was also present in the premier.

The premier show was organized by +977. ‘Rhythm’ is made on a social love story and patriotism.  The movie is made on the story of it’s director Bikash Acharya and is produced by Pradeep Dahal for One Time Cinema Pvt. Ltd.

The production team of another Nepali movie, ‘Ritu’ had also taken some time off their shooting schedule to participate in the premier show. ‘Ritu’ actors Raj Ballav Koirala, Malina Joshi, and Reema Bishowkarma had appreciated the ‘Rhythm’ team for the movie. 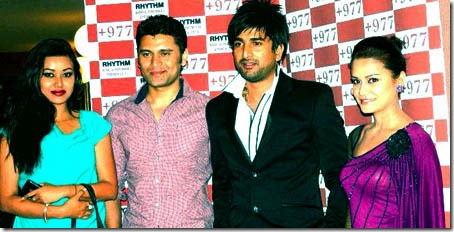