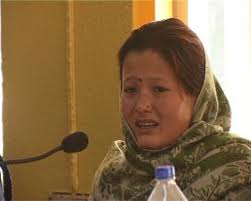 The District Court, Achham, sent three policemen to up to six years in prison for their involvement in raping police constable Suntali Dhami.

A single bench of judge Prakash Kharel on Thursday convicted head constables Birendra Bam and Karbir Thalal and constable Jagadish Pandey. While Bam was handed down a six-year imprisonment, Thala and Pandey were sent behind bars for three years. The court also ordered Bam to pay Rs 100,000 to the victim.

Constable Dhami had filed a case accusing her colleagues of raping her while she was on duty on the night of 27 September 2009. The accused cops were suspended from their jobs, arrested on October 7 and sent to detention on 2 November 2009.

ASI Dansingh Bhandari, Head Constable Biradatta Badu and Constable Naribhan Mahatara, who were also detained with the three accused, were, however, released on 1 November 2009, citing their non-involvement in the case.

Kin of one of the convicts, Head Constable Thalal, said they would move appellate court against the decision.

UPDATE: A movie ‘Hawaldar Suntali’ was made on the story of Suntali Dhami. In the movie, actress Shilpa Pokharel was featured as Suntali. The movie was released in April of 2015. Shilpa however told that she had never met the real Suntali.

The movie was successful in box office.

A short version of the movie is available here: