A presentation of Dadhiram Upreti, ‘Sanjog’ is made under Yujesh Film banner. The movie features the music of Ujjwal Thebe Limbu and Kumar Bibahit, produced by Umesh Upreti and Roshan Upreti. The writer of the movie is the director Bed Prasad Bhurtel. The cinematographer of the movie is Harinarayan Chaudhary, action of Chandra Panta and choreography of Govinda Rai. The movie was released on July 29, 2016 (read the release news).

The movie is made on a triangular love story between three characters played by Sabin Shrestha, Prajwol Giri and Sushma Karki. The movie was completed a couple of years before the actual release.

Actor Sabin Shrestha is known for action roles in Nepali movie. The actor introduced by Rekha Thapa in the film industry is debuting as a producer in his upcoming movie ‘Hero Returns’. 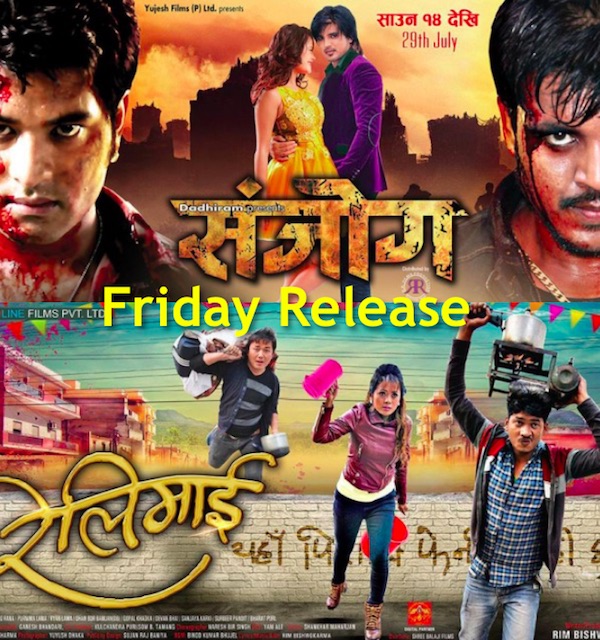 The movie made on the story of the director Bed Prasad Bhurtel, ‘Sanjog’ is made on a triangular love story. The movie featuring Sabin Shrestha, Prajwol Giri and Sushma Karki was shot two years ago. The movie features the cinematography of Harinarayan Chaudhary, action of Chandra Panta and choreography of Govinda Rai. The movie is produced by Dadhiram Upreti. The music directors of the movie are Ujjwal Thebe and Kumar Biwahit.
END_OF_DOCUMENT_TOKEN_TO_BE_REPLACED

A movie on the story of a college girl, ‘Manasha’ is announced on March 18. The song recording of the movie to be made on the direction of Bed Prasad Bhurtel started on Wednesday. The first song of the movie was recorded on the voice of Binod Dhakal. The musicians of the movie are Binod Dhakal and Kiran Michael. 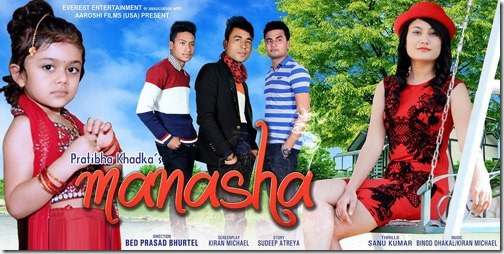 To be made under the banners of Everest Entertainment and Arushi Films, ‘Manasha’ will feature Prajwal Giri, Deepak Kandel, Rajiv Thapa, Shakti Pakhrin, Namita Bhandari and others. The producers of the movie are Kamal Khadka and Prativa Khadka. The story of the movie is written by Sudip Atraya and script is written by Kiran Michael.