In the last two months of its release in internet, it has gained more than 6 million views – yes, that is 60 lakh views. It is not only the views, the reviews of the viewers are also positive. One of the viewers say that it was the “best movie ever watched.” Others have also liked it.

The trailer of the movie scheduled to release on Poush 28, ‘Mr. Jholay’ has been released recently. The movie featuring Dayahang Rai, Diwa Pun, Buddhi Tamang and Barsha Raut is directed by Ram Babu Gurung, the ‘Kabaddi’ famed director. Although the movie is a sequel of ‘Jholay’ a movie released four years ago, the storyline in the trailer sounds more like ‘Kabaddi’ sequel. 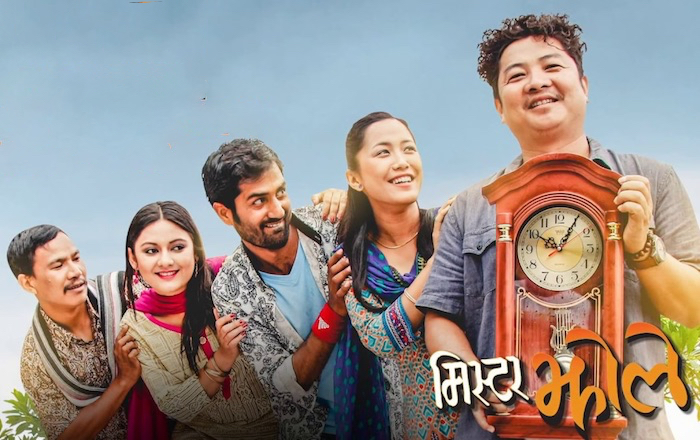 In the program organized to announce the trailer, one of the producers, Tekan Khadka told, ‘Although we started to make a sequel of the movie, Ram Babu Gurung had also agreed to make ‘Jholay’ sequel, the final story has turned out to be completely different from ‘Jholay’. So, the movie is not the sequel of ‘Jholay’.” While others were present the leading actor, Dayahang Rai, wasn’t present in the program.

Ram Babu Gurung had previously directed successful movies like ‘Kabaddi’, ‘Kabaddi Kabaddi’ and ‘Purano Dunga’. The new movie also sounds much like his previous movies in terms of story and presentation.
END_OF_DOCUMENT_TOKEN_TO_BE_REPLACED