A presentation of Shatkon Arts Production, the comedy movie ‘Jatra’ is the debut movie of Pradeep Bhattarai. The superhit movie was liked by the viewers and critics alike. The the director had previously worked with comedy duo MaHa. Currently the director is directing Maha’s new movie, ‘Shatru Gate’. The movie was released after another successful comedy movie ‘Chhakka Panja’. The success of these comedy movies have created a wave of comedy movies in the Nepali film industry.

END_OF_DOCUMENT_TOKEN_TO_BE_REPLACED

After being absent from the big screen movies for a long time, the comedy duo MaHa (Madan Krishna Shrestha and Hari Bansha Acharya) is going to be featured in an upcoming movie titled ‘Gherabandi’. The comedy duo have agreed to do the role after going through the script prepared by by Shivam Adhikari. It was the result of a year-long effort of Shivam. 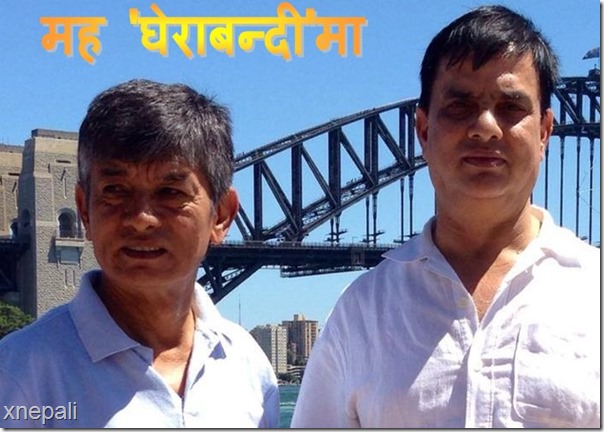