A presentation of Shatkon Arts Production, the comedy movie ‘Jatra’ is the debut movie of Pradeep Bhattarai. The superhit movie was liked by the viewers and critics alike. The the director had previously worked with comedy duo MaHa. Currently the director is directing Maha’s new movie, ‘Shatru Gate’. The movie was released after another successful comedy movie ‘Chhakka Panja’. The success of these comedy movies have created a wave of comedy movies in the Nepali film industry.

END_OF_DOCUMENT_TOKEN_TO_BE_REPLACED

Two new movies ‘Seto Surya’ and ‘Parcel’ were released on Friday, December 9, 2016. ‘Seto Sury’ is a movie by director Deepak Rauniyar and ‘Parcel’ is directed by Rabin Shrestha. 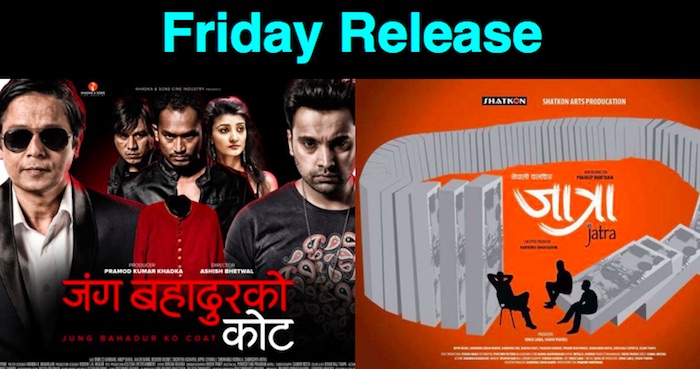 The movie ‘Jatra’ is produced by the ‘Talakjung VS Tulke’ producer, Rabindra Singh Baniya. Baniya was featured as ‘the Hanuman’ character in ‘Pashupati Prasad’. The movie is the debut movie of the director Pradeep Bhattarai. Battarai had worked in the movies and television serials directed by Madan Krishan Shrestha and Hari Bamsha Acharaya (MaHa Jodi) as an assistant director. Two main characters feature Bipin Karki and Rabindra Singh Baniya (Bhasme of ‘Pashupati Prasad’ and Hanuman respectively).

You can watch ‘Pashupati Prasad’ the full movie.
END_OF_DOCUMENT_TOKEN_TO_BE_REPLACED