A presentation of Ashok Sharma, Nepali movie ‘Truck Driver’ was a super hit movie. The movie features Shiva Shrestha and Karishma Manandhar in leading roles. MaHa Jodi is also featured in comedy roles. Shree Krishna Shrestha and Bijaya Lama are also featured in the movie. The movie is made on the story of the musician Sambhujit Baskota, who has also composed the music of the movie.

END_OF_DOCUMENT_TOKEN_TO_BE_REPLACED

Well known actor of the past, Krishna Malla, and his wife, also a well known actress of the past, Sharmila Malla also got a daughter-in-law this week. Their only child Sakriya Malla got married in a private function. A number of film industry personalities were invited in the reception party held after the marriage.
END_OF_DOCUMENT_TOKEN_TO_BE_REPLACED

This comedy was shown on stage at Pokhara Literature Festival being held in Pokhara on January 28, 2017). The same two characters of the original ‘London Airport’ – a play they did some two decades ago.

A video on what Hari Bamsha says about his love to his previous wife and the current wife.

Who is Hari Bamsha Acharya ?

A comedy actor Hari Bamsha Acharya is also a writer and a social activists. One of the MaHa duo, Acharya has written his autobiography â€˜China Harayeko Manchhe’ which became on of the best selling book in Nepal. He is currently writing script of a movie and a novel. The novel is told to be in its final stage of publishing.
END_OF_DOCUMENT_TOKEN_TO_BE_REPLACED

END_OF_DOCUMENT_TOKEN_TO_BE_REPLACED

The engagement between 27 years old Mohit Bamsha Acharya and 24-years old Bindu Thapa was held in Mirabel Resort and Hotel in Dhulikhel among the families of the two parties and their close friends.
END_OF_DOCUMENT_TOKEN_TO_BE_REPLACED

The comedy telefilm is written and directed by MaHa. The movie was telecasted in Nepal Television in 2052 BS. At around 8 minutes in the telefilm an earthquake causes the collapse of the house of Hari Bamsha. The comedy is about the relationship between the owner of property and the one who uses it on lease. The comedy is about the government policy that has caused hardship to the land owners in Nepal.

The assistant directors of the movie are Kiran KC, Narendra Kansakar and Prayas Mool. The cinematographer is Gauri Shankar Dhunju. Guest artists in the comedy film are Rajaram Poudel, Nirmal Khadka and Riddhi Bahadur Bajracharya. 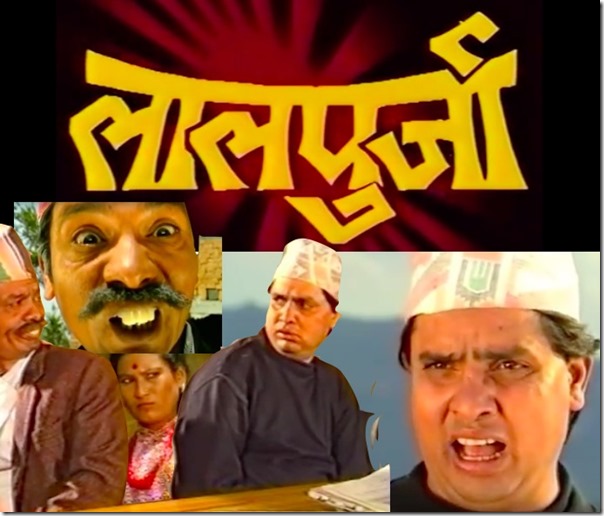 The comedy serial, ‘Kantipur’ is written, directed by MaHa. The story, script, dialogue is jointly written by Madan Krishna and Haribamsha. The child artist in the serial is Bikal Malla. Actors Saroj Khanal and Mausami Malla are the guest artists of the comedy telefilm. The telefilm was produced by MaHa Sanchar in BS 2064.

The comedy video was made to create awareness on the cleanliness of a Kathmandu city. In the serial, Madan Krishna is featured as the god of death, Yama Raj. 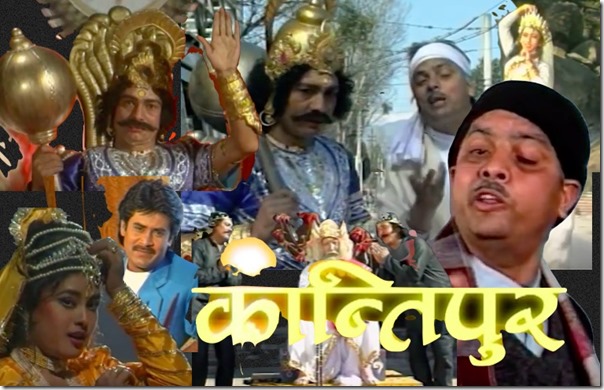 Thank you ever so much about time we needed a secluded channel just for the wonders and magic they’ve created. so grateful i love you maha jodi thanks for making my childhood. (by Saya Gurung).

Brings back the childhood memories and those days of the past. Thank you MaHa. (by sunita karki)

We have collected some of the photos of Nepali film artists celebrating the Falgu Purnima (Holi) on March 5, 2015. The festival of color involves the use of different color powders, water and fun.

A video report is not available now, but here are photos of the celebration: 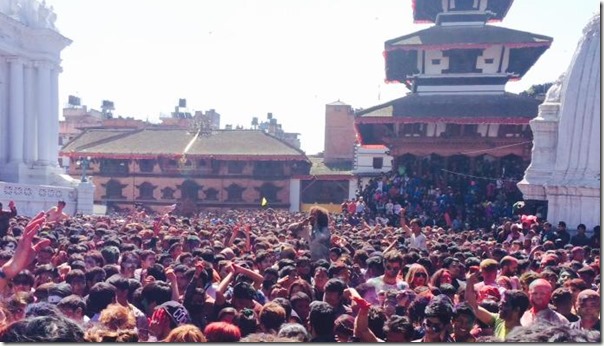 Holi celebration actually started a day earlier in the Filmy Holi program organized by Gopi Krishna Movies when they announced a new movie ‘Thamel dot com’. The celebration today is more colorful and fun-filled. Enjoy the photos of actors and actresses enjoying the festival of color. 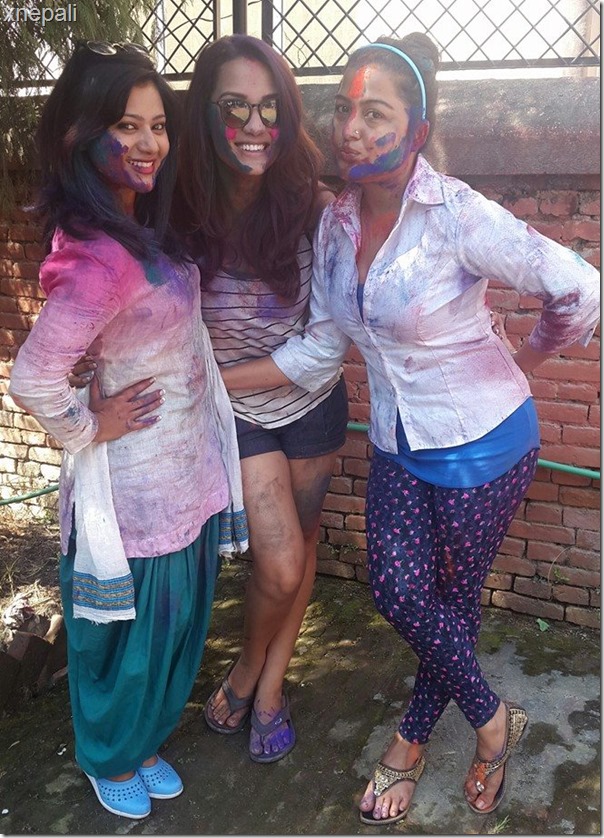 Keki Adhikari, Priyanka Karki and Rekha Thapa (L to R) pose after applying the colors on each others.

END_OF_DOCUMENT_TOKEN_TO_BE_REPLACED

On Wednesday, May 7 a press meet was organized at Briks CafÃ© in Kupondole, Lalitpur to inform about MaHa Jatra 2071. The stage show of the popular comedy duo Madan Krishna Shrestha and Hari Bansha Acharya is being organized after a long time. 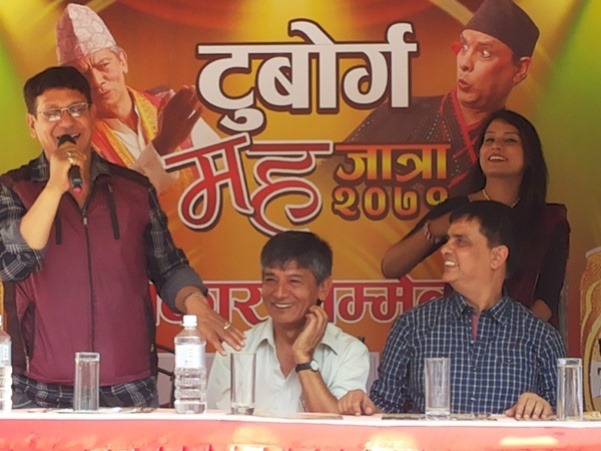 In the press meet Rajaram Poudel and Kiran KC had proposed to term the duo the ‘Hasya Samrat’. In response, Haribansha told that they were content with the title ‘MaHa’ for now. He also told that it was Rajaram who had first called them MaHa during the stage show ‘Bigyapan’. After that, the duo is known as MaHa – a word meaning honey in Nepali.

END_OF_DOCUMENT_TOKEN_TO_BE_REPLACED 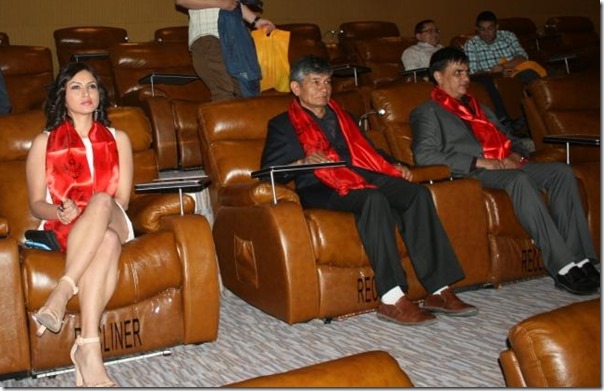 END_OF_DOCUMENT_TOKEN_TO_BE_REPLACED

After successful tour to USA and Australia the team led by MaHa is going to the UK as a part of MaHa Yatra. On the occasion of the Nepali New year, comedians Madan Krishna Shrestha and Hari Bansha Acharya (MaHa) are going to entertain Nepali Britons later this month. 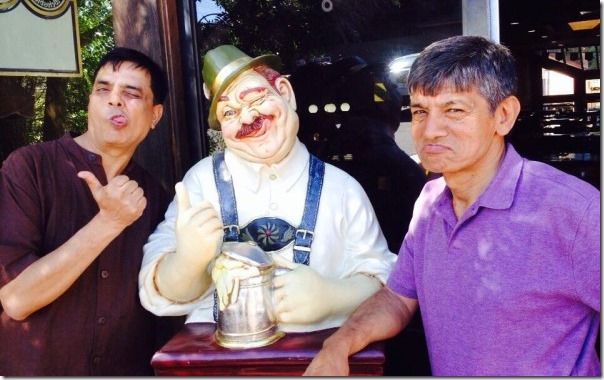 With MaHa jodi, singers Anju Pant, comedian Narendra Kansakar and entertainer Mohit Acharya will also perform in the same stage. The artists are scheduled to arrive in London on April 24 and are returning back to Nepal on May 6.

END_OF_DOCUMENT_TOKEN_TO_BE_REPLACED

Comedy actor Hari Bansha Acharya knows how to make his creations hit. After the huge success of his autobiography, a music video he has released on April 11, 2014 is expected to be equally successful. 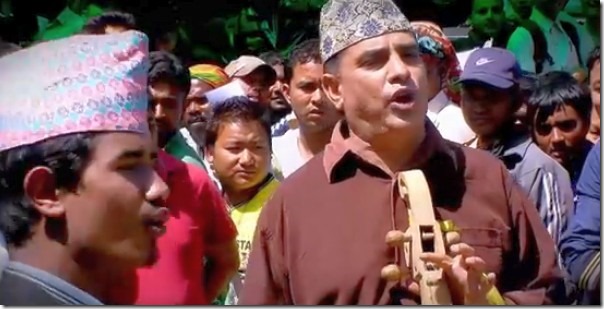