This is a new Nepali movie released earlier this year. (released in January 2018) The comedy film is set in Terai region featuring love between actress Keki and actor Najir. The movie is a presentation of Aryan Films Production. 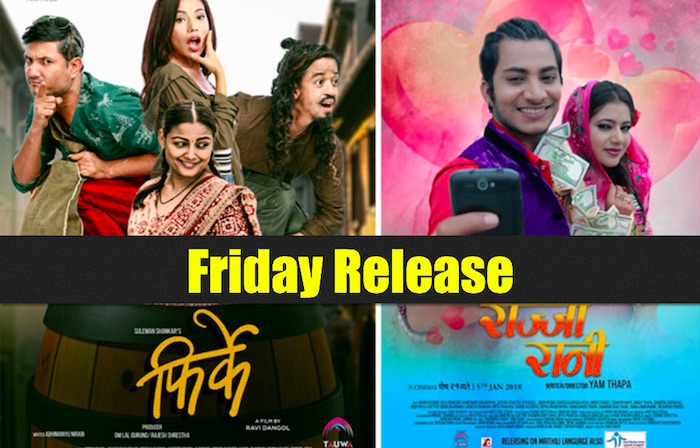 The movie made on the story of Terai region, features Keki Adhikari and Nazir Hussain in leading role. The movie made under Aryan Films Production banner and produced and directed by Yam Thapa, the movie is shot at Pathar in Nepalgunj area. The love story movie also features actress Rekha Thapa in a guest role. Other artists in the movie are Kameshowr Chaurasiya, Laxmi Bardewa, Sangita Napit, Arun Regmi, Deepak Chhetri, Binod Niraula, Anoj Pandey, Ashok Acharya, Anuj Thapa and others.

A video report of the film I made earlier:

A new movie ‘Rajja Rani’ was announced at the time of Valentine Day week. In the event organized to announce the new movie, Keki Adhikari and Nazir Hussien shared rose and heart shaped ballon. In the movie, Keki and Nazir are going to be featured as the youths of Terai region. Watch the video report:

The announcement ceremony was held in Kathmandu on February 12, 2017. With Keki and Nazir Kameshowr Chaurasiya and Laxmi Bardewa will also be featured in main role in the movie.
END_OF_DOCUMENT_TOKEN_TO_BE_REPLACED