After being absent for a year after her marriage last year, actress Richa Singh Thakuri is producing a movie titled ‘Super Gorkhe’. The shooting of the movie directed by her husband Gajendra Thapa is in its last stage. The movie featuring Richa in leading role also features Nirajan Luitel, Suraj Singh Thakuri and Kamana Bhujel in main roles. 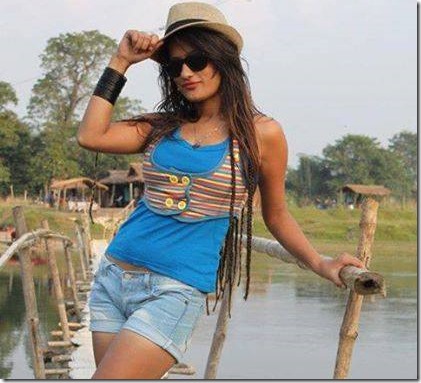 Richa Singh Thakuri and Gajendra Thapa were married on June 20, 2014. That was a month after the release of her movie ‘Khudkilo’ (watch ‘Khudkilo’ here).

The shooting of ‘Super Gorkhe’ was done in various locations in Dharan and Biratnager. The action movie features action of Chandra Panta and cinematography of Saurav Lama.