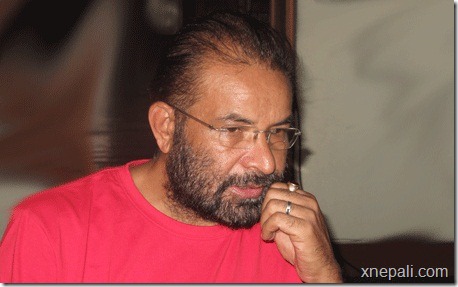 In my childhood I studied in Mani Memorial Primary School in Sindebung. Although there were classes for up to grade 4, I left the school after second grade.  In the school, they had an unique way of teaching the alphabets – the teacher used to write the alphabets in floor and we used to lay small pebbles on top of it. From grade 3 to grade 11 I studied in Scottish University Mission Institute (SUMI). Up to grade 5 we didn’t wear any footwear. There was no school dress. 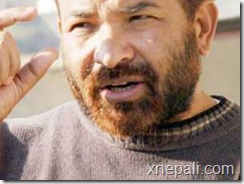 The cameraman’s house was very small and I couldn’t adjust in it. I didn’t have any money. I spent four days in railway platform. Then I started living with a friend named Anifa Hipa. That was the most difficult phase of my life. I worked in any type of job I could find to remain in Bombay. I worked as light man, helper to makeup artist, and artist to stand in a crowd.

After some connections, I learnt film editing from the Hindi movie editor GG Patil. I worked as the helper of makeup man for three years while learning editing. I used to work for 20 hours a day. I didn’t have a good place to stay and sleep in my room so, I used to spend most of my time in editing room. I could rest in the editing room. At that time I did the editing of Hindi movies like ‘Hukumat’, ‘Bandhan Kachhe Dhageka’, ‘Shrandhanjali’, ‘Nai Dishayan’, and ‘Hum Se Badhkar Kaun’. Apart from Hindi movies I had done editing of Bhojpuri, Marathi, Gujarati, Punjabi, Hariyani, and Bengali movies.

At that time I met Prakash Thapa who was there for the shooting of the movie ‘Sindoor’, I was from Kalingpong so I talked with Prakash dai in Nepali. When my mentor heard me talking in Nepali he was surprised.

On Guru Purnima, it was a custom that teacher/mentor order the pupil and pupil obey the order. My Guru Kamalakar ordered me to make ten Nepali movies. After that I was forced to leave editing and learn direction. It was a very difficult task to move from editing to direction. But, I had to obey the Guru’s order. 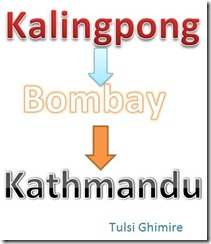 I decided to direct a movie and started searching for investor. At that time it was very difficult to find an investor in Nepali movie. I met a Bengali named Mohan Bennerjee who was willing to invest in Nepali movie. For artists, I asked Rajesh Pandey and Rajani Sharma to play the lead role. Rajesh and Rajani who had won the best actor award at that time agreed to do the movie. That way, in 1981 I directed my first Nepali movie, “Bansuri”.

Film direction was different from the way I thought it to be. I used to think that it was easier to sit in a chair wearing a hat and order the artists, but the truth was different. I had convinced the investor and just to obey Guru’s order I started directing without learning about directing. The movie was released in various cities in India and it was very successful.

As per the Guru’s order I made 10 Nepali movies.

After the completion of the 10the movie, “Dakshina” to offer it to the Guru as gift (Dakshina), I was planning to go back to Mumbai. But, my plan wasn’t successful. My colleagues like Nir Shah, Prakash Thapa, Jitendra Mahat, and Rajendra Salav suggested me not to leave Nepal. They told – my movies are doing well and the viewers are liking them so Nepali movie industry needs Tulsi Ghimire. Although Prakash Thapa and Jitendra Mahat who suggested me not to leave have left themselves, I am still here. 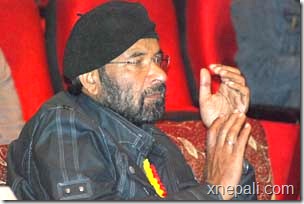 4 thoughts on “Tulsi Ghimire, life in his own words”