At the time of the biggest festival in Nepal, Vijaya Dashami, two movies releasing on October 4 are mostly unheard of. The movies named ‘Papi Raat’ and ‘AK 47’ aren’t much advertised and aren’t expected to attract much audience. 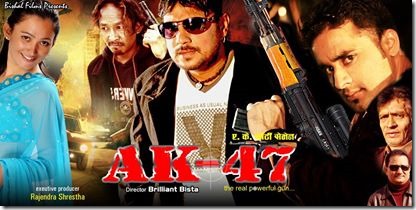 ‘Papi Raat’ was shot 2.5 years ago and features Sushil Chhetri, Sumina Ghimire , Saroj KC, Ramesh Budhathoki etc. The movie directed by Shyam KC is made under Jenim Films banner and produced by Yuvaraj Khatri. The movie features the music of Anand Khatri and choreography of Govinda Rai. The cinematographer of the movie is Shiva Dhakal.

One thought on “Unheard movies releasing just before Dashain festival”