There is a report that the marriage between Usha Khadgi and GP Timalsena is at the verge of breaking. According to a weekly magazine, ‘Shukrabar’ the couple are preparing to separate. The parents of two kids, are deciding on how to divide the property. The options are to divide into two parts or to divide into four equal parts (to each members of the family).

According to report, neither GP nor Usha has responded to the request of the information. Although they admitted in misunderstanding, they both have denied divorce preparation. GP Timalsena has asked not to contact him on this regard. He has written: “Dear all, please don’t query anything regarding our rumours going on, I am not interested. Thank you.”

That is a clear indication that there is a problem and they don’t want to discuss about it.

The last time GP shared a photo with Usha was in August. They were celebrating his and is son’s birthday. 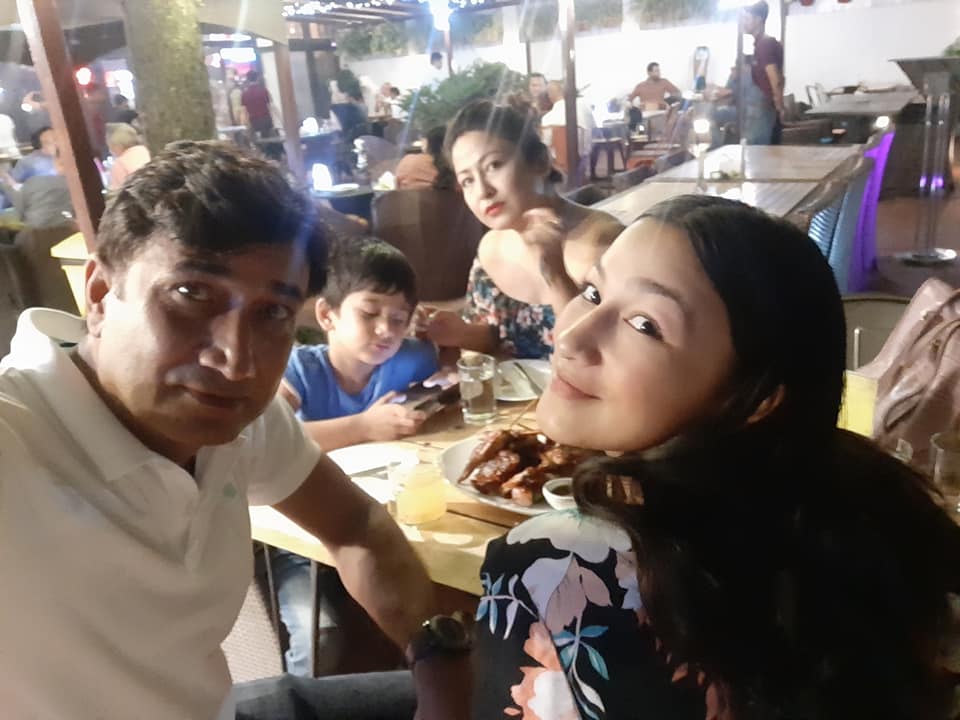 Usha Khadgi and GP Timalsena met when GP was running a TV program. Usha was hired as a VJ opposite to GP Timalsena. They fell in love and were having an affair before Usha participated in the 2000 edition of Miss Nepal. Usha ended up winning the title. She went to Miss World 2000 to represent Nepal. After two years of winning Miss Nepal, GP and Usha got married.

They have two kids – a daughter in her teens and primary-school-aged son. Usha runs a boutique and GP runs an advertising company.

Two years ago, they had announced a feature film. The movie was to be directed by GP and was going to go to floor in 2017. But, there is no news about the progress so far. It seems, the relationship between the two started to turn sour after the announcement.