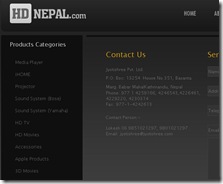 Arrest of Kasaju brothers on the charges of distributing movies illegally in Nepal has raised some issues previously considered off-limits in Nepalese contest. It is believed that Nepali people can’t afford to purchase Hollywood movies legally and the only way they can watch is by illegal means. After the arrest of the owners of cybersansar.com and givemehd.com, the sites are now offline and people operating similar businesses are reconsidering their business practices.

While searching, I found a similar site, offering similar movies and designed by the same company owned by Kasaju brothers. The website hdnepal.com, is still online and it also has similar information and services to that of givemehd.com. According to the site, the service is provided by Lokesh Oli and the physical office is located in Babar Mahal, kathmandu.

I have collected a few screenshots of the site to prove that the service provided by this site is not different from the one provided by givemehd.com.

The following screenshot shows the owner of the site are selling Hollywood and Bollywood movies. There is no reason to believe that they are doing it legally. 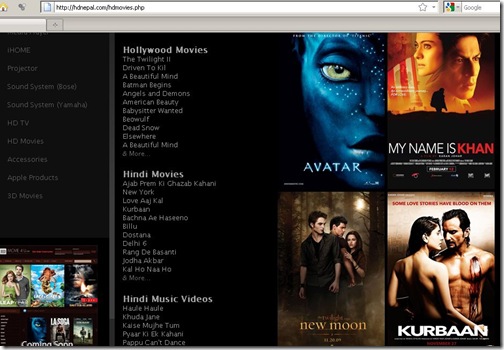 In another screenshot below, the site is advertising givemehd.com, the reason behind Kasaju brother’s arrest: 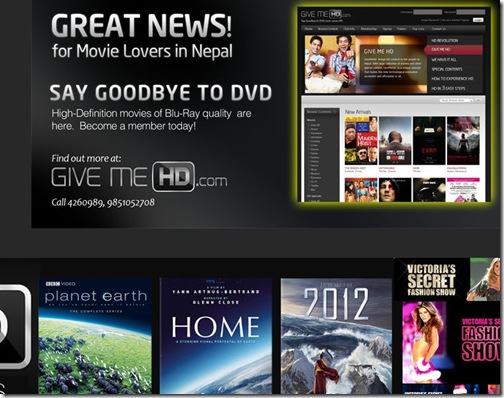 If the police thinks these are reason enough to punish the website owner, they have also posted an easy map to locate their shop. 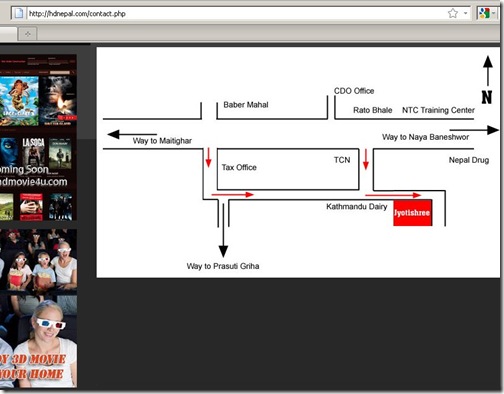 UPDATE: cybersansar.com and other sites of Kasaju brothers are now online, except the site givemehd.com.

One thought on “Will HDNepal.com face the Kasaju brother's fate?”