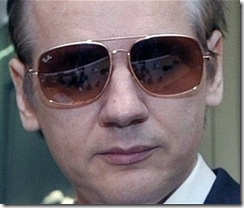 The WikiLeaks website was blocked in China on Wednesday in an attempt to save face to during the potentially embarrassing situation when the leaked U.S. diplomatic cables will be posted in the site. Now, WikiLeaks has joined the wide range of Western websites including Facebook, Twitter and YouTube.

Little is known about what is there in case of Nepal. I wonder if the Nepal government wants to block the website in Nepal.

Nepal has already tried blocking websites and they have realized it is ‘do..able’ and I see no reason why they won’t try. I guess most of the leaders should be mentioned on the thousands of cables.

Some are getting impatient in the trickling pace of release. At this pace, about 300 cables in three days, it will take almost a year to release all 251K documents.

It is also not sure if the website would be able to release all of the document as Interpol has already issued "Red Notice" alert for the WikiLeaks founder, Julian Assange. 39 year old Australian citizen, Julian, is wanted by Interpol in relation to two rape charges issued by the Swedish police. Nobody knows where he is living these days.

If the US government wants, it can also block the WikiLeaks website in a matter of hours (at least, part of the site running in servers rented from Amazon data center, a US company). It’s cablegate.wikileaks.org is linked to servers run by Amazon Web Services in Seattle, and also to French company named Octopuce.