Actress Rekha Thapa is currently in the USA. She had gone to the USA after the second week of May, supposedly for a few days. In the June 18 status update, she is in Elmhurst, New York.

(the video is not available anymore)

Rekha says, “In the past, I used to think that I will die with the citizenship certificate of this country on my chest.” She says the earthquake has changed her view toward the country. 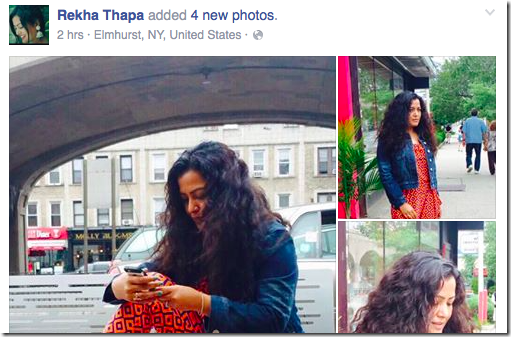 Will Rekha Thapa permanently move to the USA? Although the interview indicate such possibility, we don’t know what Rekha’s plan are. All we can do is wait and see.

Deep down, we wish Rekha return back to Nepal and work in the Nepali film industry. The industry needs Rekha’s contribution as actress, producer and even as a director.

3 thoughts on “Will Rekha Thapa return from USA ?”