Singer Nisha Sunar gave birth to a daughter of choreographer Shankar BC in the USA. It was Nisha’s third marriage and second one of Shankar. In the USA, Nisha is going to start singing in a Nepali restaurant, Chautari Restaurant. A new management of the restaurant located at Jackson Height, New York, is going to feature singers like Yam Baral and Nisha Sunar. 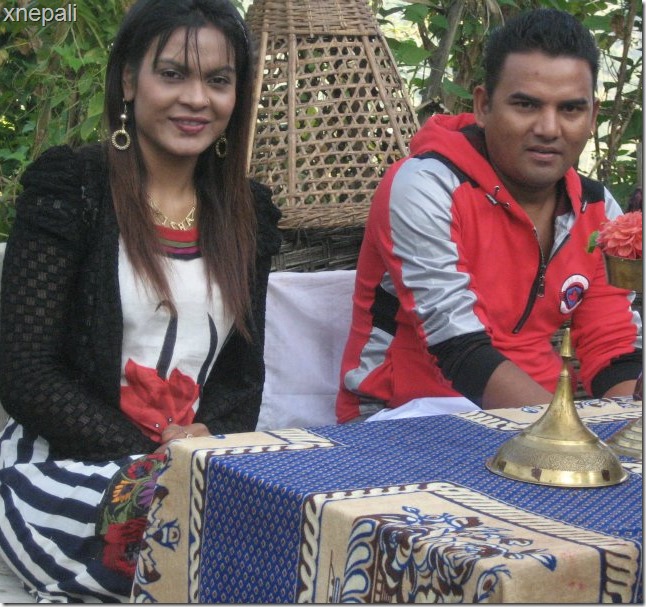 The restaurant will feature live dohori songs on every weekends starting on Friday evenings to Sundays. While folk singer Bimal Dangi and Nisha Sunar sing lok dohori, Yam Baral sings songs and ghazals in the restaurant.

Musician Raj Kapoor will also play live music during the evenings. In addition to the professional singers, the customers of the restaurants will also be allowed to sing their songs of choice.

Why did Nisha marry Shankar ?

Nisha starting a job in the USA means she has no intention of returning back to Nepal. Her new husband, Shankar BC, is in Nepal and has his own family to take care. The marriage between the two was also revealed only after Nisha reached USA. The photos of the marriage was shared in the social network only after Nisha reached USA. Nisha gave birth to the daughter alone and Shankar has no intention of joining Nisha in the USA.

All these incidents and the events show that the marriage between Nisha and Shankar is not a normal one. It seems, it is more like an agreement to let Nisha have a child without her messing around with Shankar’s family. (This is just an informed guess. As time passes, the truth will surely be revealed.)