In an event held on January 15, 2011 in Pragya Bhawan, Kamaladi, Kathmandu, Miss Teen Green 2011 title was awarded to Miss Riya Acharya. Among a total of 26 contestants and Najma Mathema and Rashmita Ranjitkar became the first and second runners ups respectively. 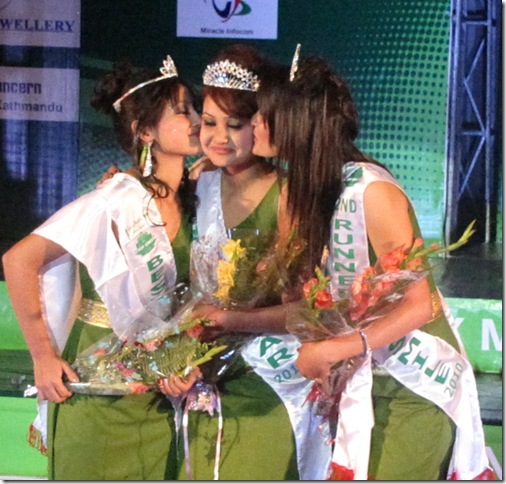 In an initiative of Galaxy Modeling Agency and Spring Nepal with a slogan “Hariyo Ban Nepal ko Dhan.” The event was inaugurated by Anuradha Koirala, the chairperson of Maiti Nepal, as the chief guest. In the event, Miss Republica Teen Nepal, Kreety Tamang Lama walked in the ramp to mark the start of the event. < /p> 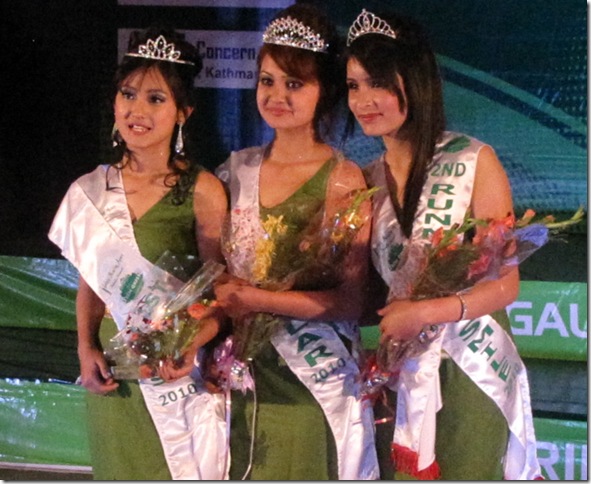 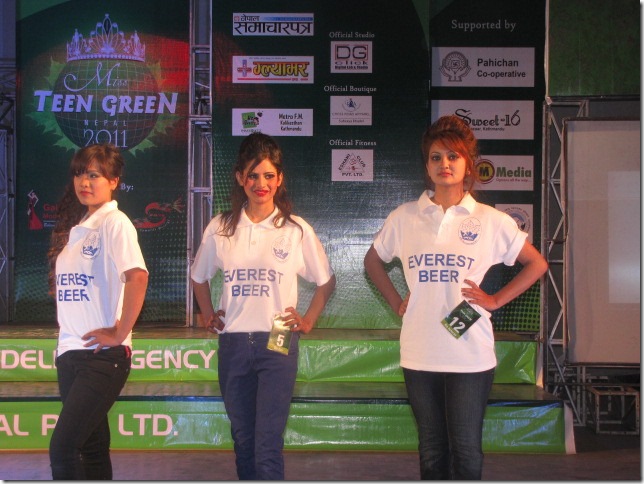 The girls in an odd t-shrit with a beer’s name in big letters on the front looked very cheap. 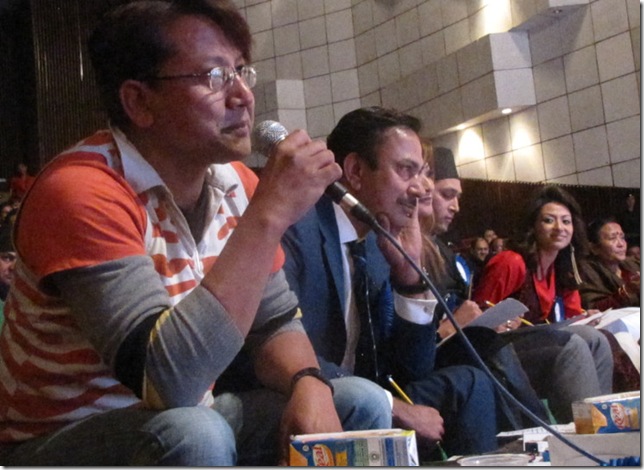 The infamous “Real Juice” in front of the judges gives an impression that the event was sponsored by Dabur Nepal. 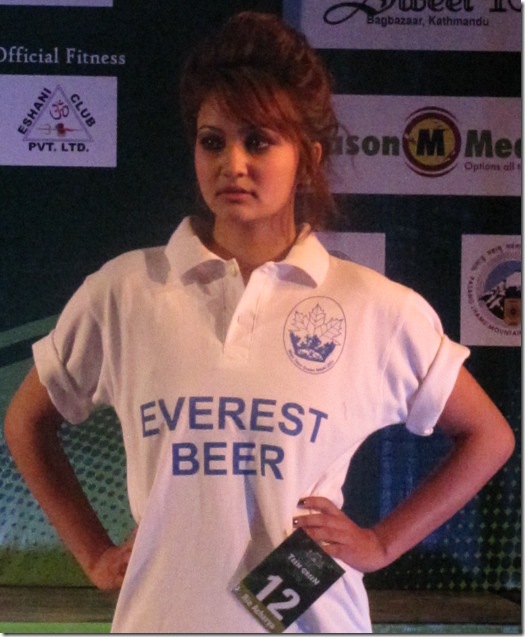 END_OF_DOCUMENT_TOKEN_TO_BE_REPLACED

NOTE: This post is an introduction to the woolen product Sunita Giri designs and sells. She has promised to give one to the winner of the Eye Contest, if the person resides in Kathmandu (the winner should collect it in person from her). 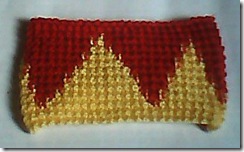 Bandanna is a woolen hair-band which can be used on both winter and summer seasons. As it provides warmth, winter is the best month to flaunt it. Some of the many uses of bandana are: