‘Bouncer’ is the presentation of Prashant Giri for Kabhre Films. The actress Sushma Karki had celebrated Valentine Day in the shooting sets with her boyfriend while shooting for an item dance for the movie.

END_OF_DOCUMENT_TOKEN_TO_BE_REPLACED

Another movie of popular director Rishi Neupane, ‘Bramha’ is releasing this Friday, March 14, 2014. The movie featuring a new face, Bikram Chhetri, in leading role will also feature actress Ragini Khadgi in his opposite. Actress Anny Kunwar and Bikram Century are also featured in main roles in the movie. 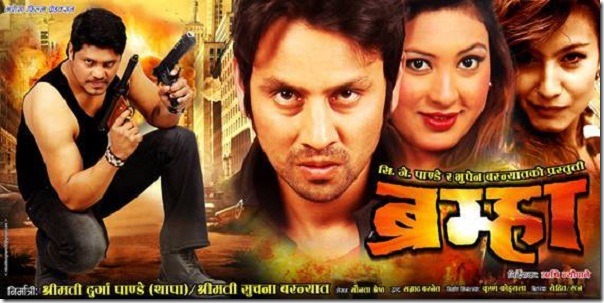 END_OF_DOCUMENT_TOKEN_TO_BE_REPLACED

UPDATE: In an online report, Shyam Bhattarai has admitted that Rekha has wrongfully sent him home. He also told that Rekha had been planning it since the beginning and he didn’t know it until the last minute.

In a latest information xnepali has received, actress Rekha Thapa was planning to direct ‘Himmatwali’ herself from the beginning. Rekha’s plan was to use Shyam Bhattarai to shot the most difficult parts and let him go. 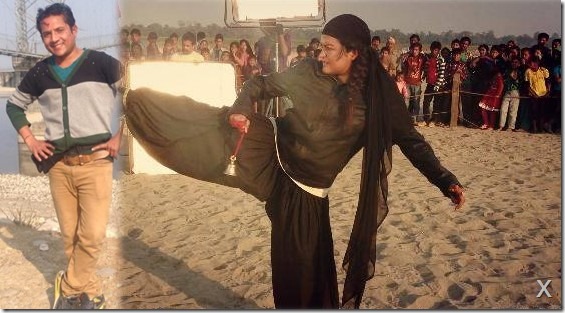 According to Rekha’s plan, the climax of the movie was shot first. Shyam worked the first two days and left after the completion of the most difficult part of the movie. In the climax, Rekha rode horse, camel and fights villains. The source says, when Rekha got comfortable working without Shyam she asked him to leave her alone. The issue is such that, they aren’t Facebook friends anymore.