UPDATE– Shyam Bhattarai is no longer in Rekha Thapa’s Facebook friend-list. (The title of this post is changed to reflect the information.)

Actress Rekha Thapa was forced to start directing her upcoming movie when the director Shyam Bhattarai becomes sick. Rekha relieved Shyam of his directing job so that he could recover and took over the direction of ‘Himmatwali’ herself.  In his Facebook post, Shyam has thanked Rekha for letting him go and also appreciated Rekha’s ex-husband for being ‘such a great’ film maker. 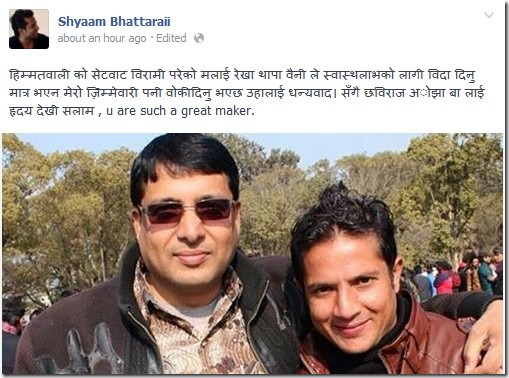 Shyam posting his photo with Chhabi after losing Rekha’s job sounds fishy. There is no doubt Chhabi Raj Ojha is a great film maker but, the timing doesn’t sound right. We have asked Shyam for the clarification on the case and will update the post when he replies. 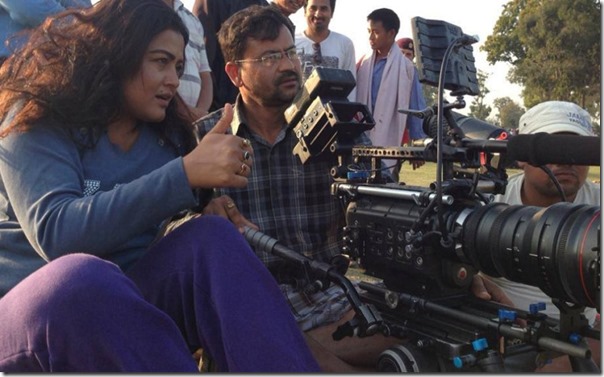 Following videos about Chhabi Raj Ojha’s films might be relevant: