The Nepali movie ‘Tiger the Real Hero’ is a presentation of Suvekshya Films by Suvekshya Thapa. The 2 hurs and 10 minutes long movie was given a PG certificate by the Censor Board of Nepal. The child artist in the movie is Prajiosan Shrestha. The item song of the movie ‘Ma Pa Se Le Maryo …’ featuring actress and model Sagun Shahi had been very popular at the time of its release. It was reported that Sagun got the chance to do the item song when actress Sushma Karki didn’t show up during the shooting. The movie ‘Tiger the Real Hero’ was released on January 30, 2015.

END_OF_DOCUMENT_TOKEN_TO_BE_REPLACED

Actress Reema Bishowkarma has married her lover of a year, Robert Lungun Bishowkarma in a ceremony held at Hotel Hyatt in Bouddha, Kathmandu. The event was held on September 27, 2015 among the friends and family of the bride and the groom. Reema and Robert had secretly engaged and the news of the marriage was unveiled a couple of days earlier to the actual event. 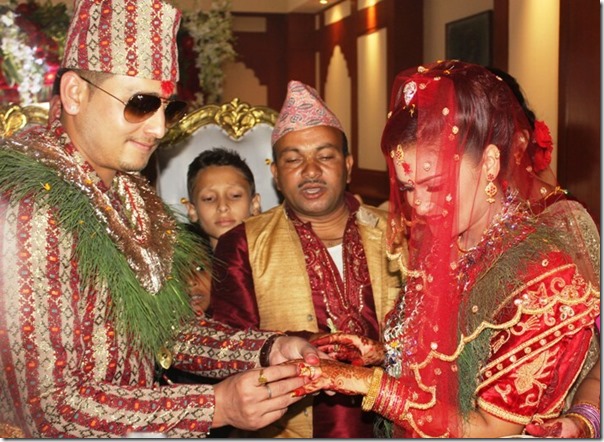 Reema’s movie ‘Bhale Fight’ was released on Friday and she was busy in the promotion of the movie days before the marriage. Reema had chosen the movie’s release date to introduce her husband to the media. Reema and Robert have promised that Reema will continue to work in entertainment sector even after the marriage.

The couple have invited their friends and family in the evening for a reception party.