Like other actor and actresses, actress Jiya KC also shared her Dashain photo in Facebook. But, unlike other photos, Jiya’s was a bit different. Jiya had ruthlessly cropped away the face of the person who was offering her Dashain Tika.  The photo looks odd as a small portion of the hand is seen on the forehead of smiling Jiya. That is not how one shares Dashain photos (see celebrities photos of Dashain 2015): 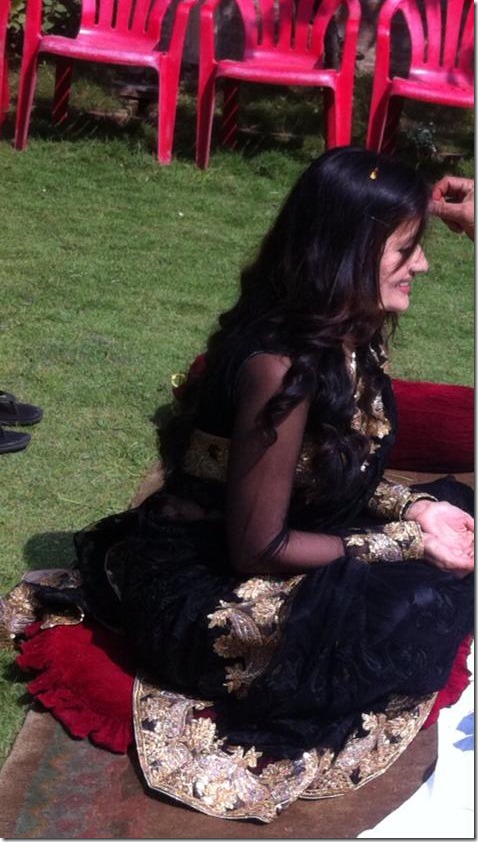 It is no secret that Jiya is having an affair with actor Bhuwan KC and the person offering Tika is Bhuwan. The following photo can be used as the reference for the location and the identity. 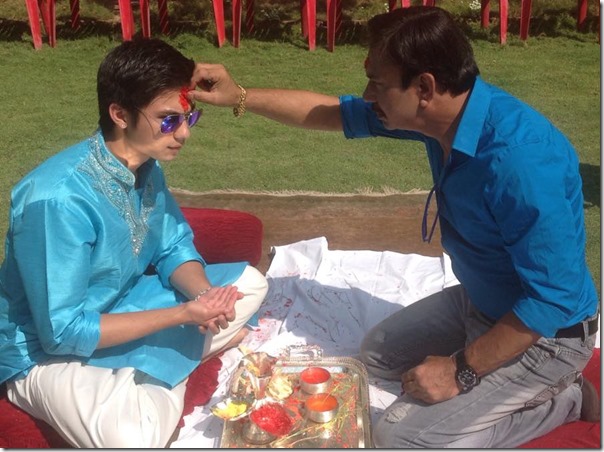 I believe, this is another proof that the sexy image Jiya had created for herself still haunts the relationship between Bhuwan and Jiya. I had written a detail report on this issue a couple of months ago based on them being together during the shooting of ‘Dreams’. In their time together in beautiful locations in Mustang and Pokhara, they had shared photos at the same locations, separately.