Celebrity marriages in 2017 are:

Among the five marriages, Nisha Adhikari’s marriage was widely covered in media because both the bride and the groom are celebrities in their own fields. Sharad Veshwakar is the top grade cricket player and Nisha is well known actress who had recently produced a movie as a producer.

After relocating to the USA Raj Ballav is not that well known in the film industry.

The marriage of Miss Nepal 2015 also went unnoticed by many because, Evana is not active in the entertainment industry like other Miss Nepal. Other actresses are also not that well known in the film industry.

People were excited of the marriage of some of the celebrity sons and daughters this year. The high class celebrity daughter marriage was that of the daughter of the president, Vidya Devi Bhandari. In the marriage ceremony, ex-king had also been a guest.

The marriage of Hari Bamsha Acharya was a also a grand ceremony. Deepak Raj Giri’s son’s marriage was done secretly and the marriage of Krishna Malla’s son also didn’t make into news.

Here are the list of celebrity sons/daughter marriages in 2017: 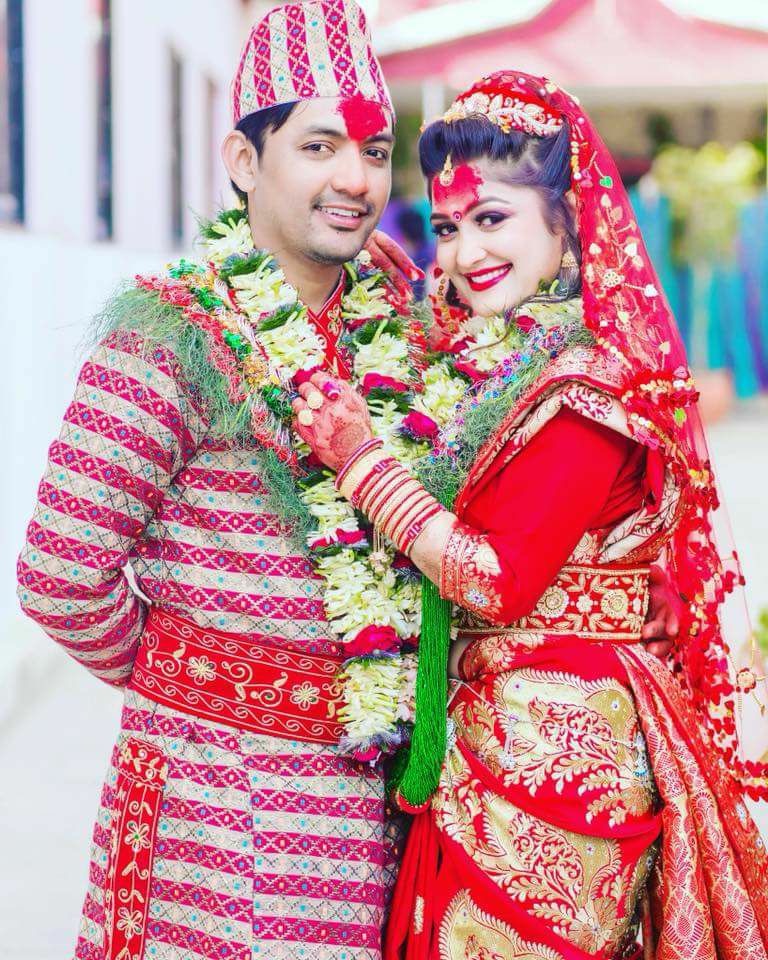 Photo: Nishma and Gamvir after marriage 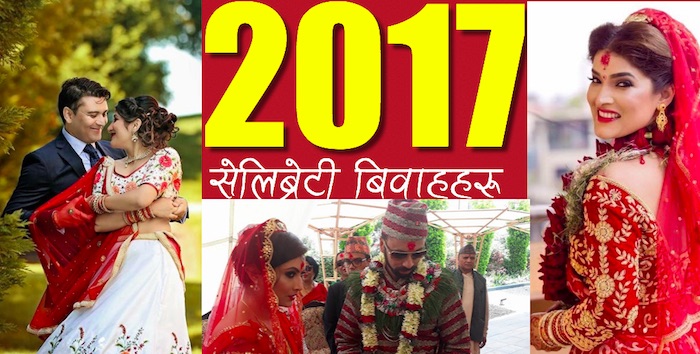