A director has offered a role in a Nepali movie to the beautiful vegetable vendor of Gorkha. The grade 11 student was photographed carrying tomatoes in crates across a suspension bridge. In another photo the girl was photographed talking in phone while selling the vegetables. The photos taken by Rup Chandra Maharjan was shared in Facebook and Twitter and became viral instantly.

After the popularity of the girl and her interest in acting, the director of movies like ‘Bokshi’ and ‘Kina Lagchha Maya’ (Watch ‘Kina Lagchha Maya’ here), Gopal Chandra Lamichane has offered a role in his upcoming movie ‘Lamfu’. The movie to be made on the story of and unemployed guy was initially announced in 2013 but, is yet to go to floor.

The girl popularly known as ‘Tarkariwali’ is farmer’s daughter, Kusum Shrestha. From a remove village in Gorkha, Kusum is living in Chitwan for her grade 11 studies. A management student at Quest Model College in Chitwan, Kusum was unaware of the fact that she was being photographed when Maharjan took the snaps. She knew about the incident only after she went viral. In an interview with journalists Kusum thanked Maharjan for the photo and making her popular.

After SLC Kusum wanted to staff nurse. But, being poor in studies she decided to joing Quest Model college pursuing plus two in commerce.

For the first time her school freind at Ghyalchowk, Gorka, Anju Regmi called her told about her photo being viral. Kusum was shocked and was initially afraid of the consequences. She was relieved when the photographer Rup Chandra called her and told that it will do more good than bad.

A while ago, in a similar incident a tea vendor in Pakistan went viral when a journalist shared his photo online. The blue-eyed guy was a instant celebrity because of his looks and blue eyes. Now, the ChaiWala is hired by a company to model in its products. Nepal’s TarkariWali’s incident is similar and some even suggested they should meet. Following are some of the screenshots taken in Twitter.

One guy in Twitter suggested that Kusum and the Chaiwala guy should marry: 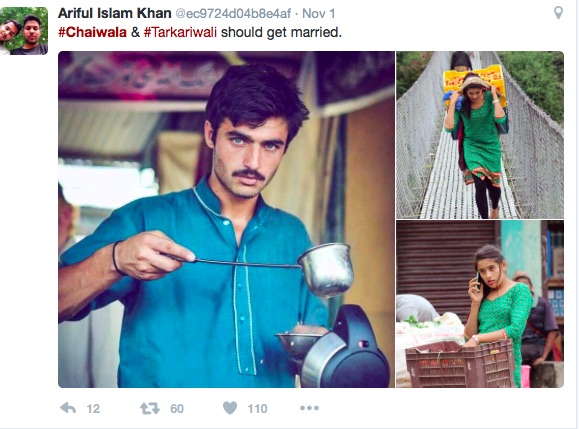 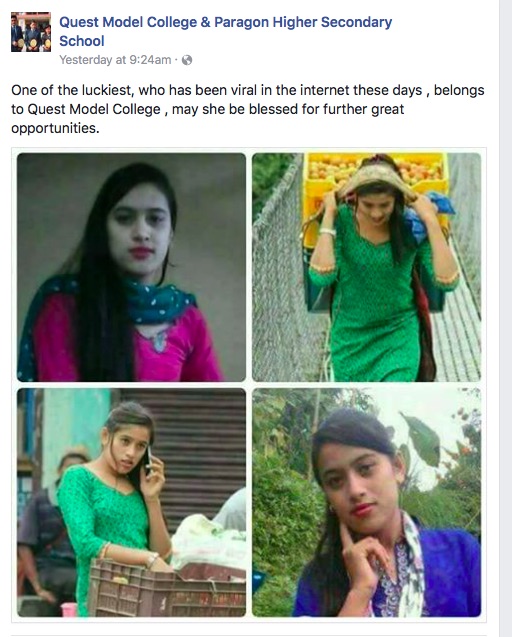 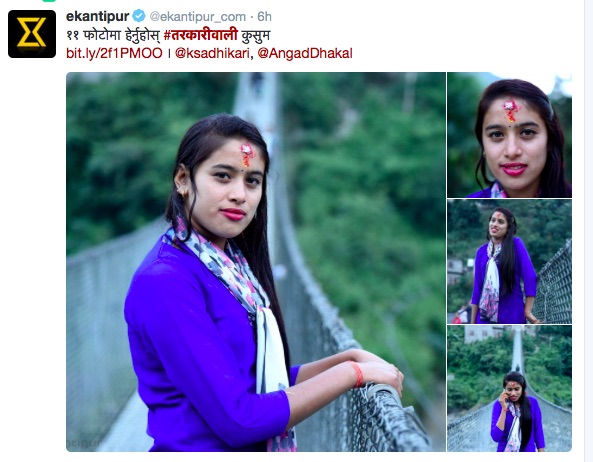 She was also featured in Indian media. 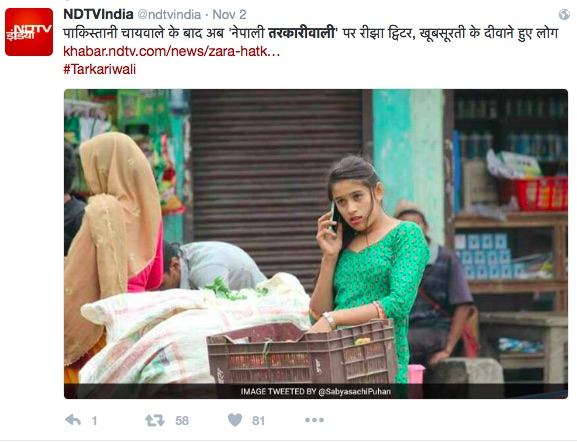 Pakistani media were also fan of her beauty. 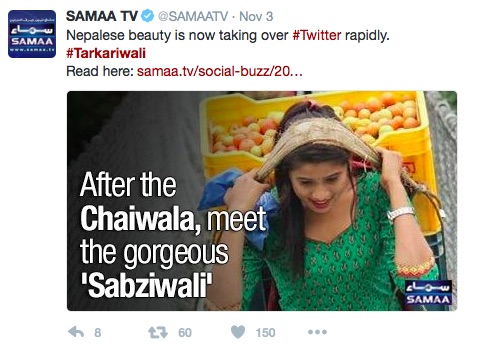 One comment on the whole issue by Vastu Thakuri:

You guys in the press and social media are destroying this girl’s life. Pretty soon, she will stop selling vegetables and will be running around in Kathmandu looking for a modeling or movie deal. Ultimately, it will take her to the doors of the thugs in the respective industry and they will victimize her at will. I wish someone close to her would convince her to forget about the 15-minute fame but continue to live the honest life and keep doing what she has been doing as it will someday lead her to a long and happy life.