Actor Shiva Shrestha has debuted as a producer of a movie. The movie titled ‘Yeuta Yesto Prem Kahani’ is going to introduce two celebrity children in the Nepali film industry. Actress Kabita Manandhar is the daughter of actress Karishma Manandhar and actor Shakti Shrestha is the son of Shiva Shrestha.

Shiva Shrestha organized a press meet to release the trailer of his debut movie and announce the debut of the two new artists in the movie. Talking at the event, Shiva Shrestha told that his son, Shakti Shrestha, had always wanted to be an actor. He had also acted in a film as a child artist. Shiva told him to wait for the right time. In the mean time, Shakti went to Australia and studied there. He was working when Shiva decided that it was the right time to introduce his son in the film industry. Shakti told that it was a surprise to himself when his father proposed him to act in the movie.

Kabita’s mother, Karishma Manandhar had challenged Kabita to reduce her weight and get ready for acting. She didn’t want her daughter to ruin her career. But, when Shiva Shrestha approached with the role, she couldn’t refuse.

That was why Kabita said, “For my mother, I wasn’t ready at all.”

Risk and opportunity for the new comers

The movie is full of star casts. Shiva Shrestha, Karishma Manandhar, Mithila Sharma, Rajaram Poudel are the previous generation actors. Priyanka Karki, Barsha Raut, Ayushman Desraj Joshi, Sanjog Koirala are well known artists of current generation. In the crowd of these well known artists, there is a possibility of the new artists to be fallen in shadow.

While there is risk, there is also an opportunity to rise and shine in such a rare opportunity. 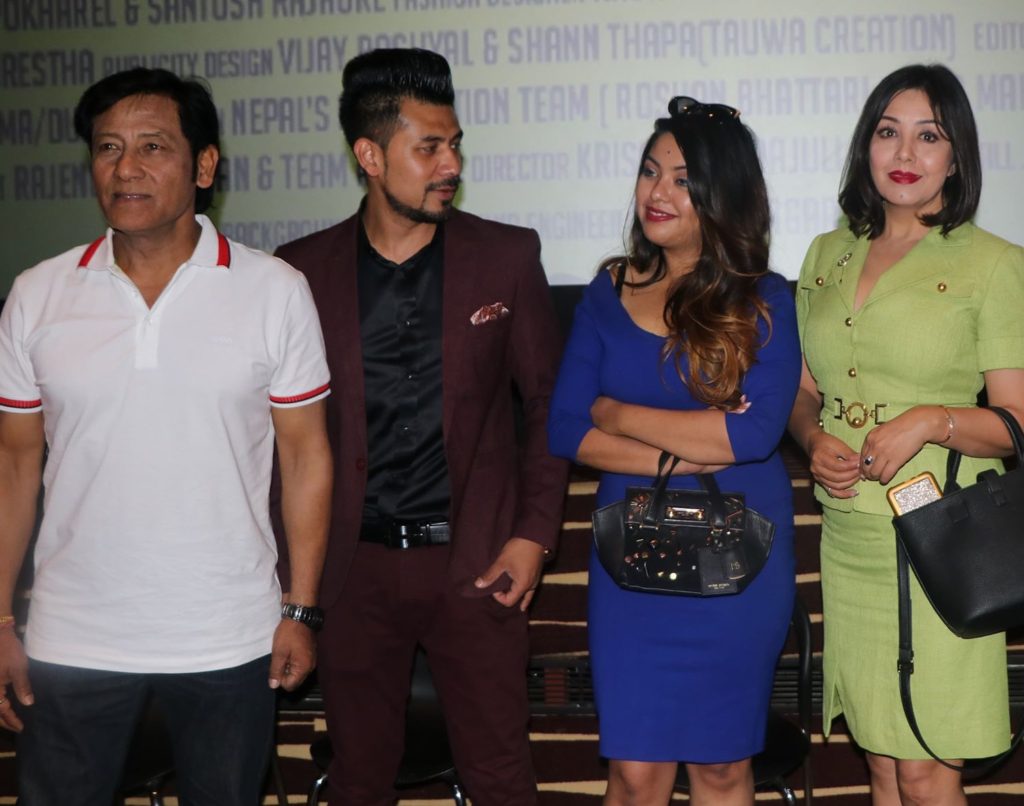