The government has ignored the internationally acclaimed CNN Hero 2010 winner and social worker, Anuradha Koirala, during her arrival in Kathmandu after receiving the award. It was not only the government, none of the political parties thought of sending a representative to congratulate and welcome the Hero. 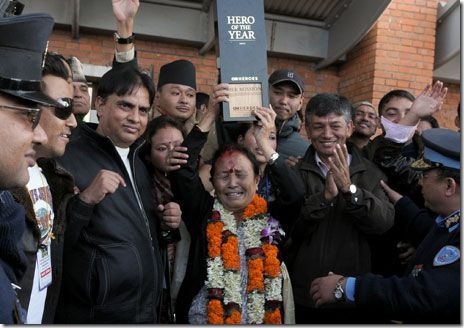 The comedian duo Madan Krishna Shrestha and Hari Bansha Acharya were present among the huge crowd of supporters at the airport to welcome Anuradha. Anuradha told that she was overwhelmed by the presence of such a huge crowd to welcome. She also told that, she didn’t expect any government officials to come to welcome home. 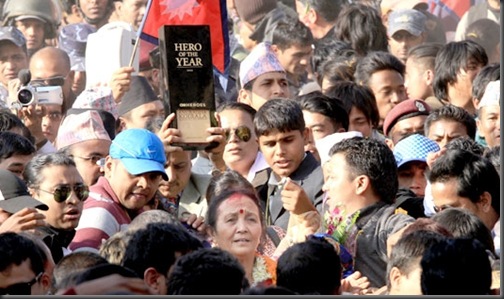 Nepali people all around the world voted for Anuradha to help her win the award. Almost every Nepali blogs, websites, and Facebook members campaigned to help create awareness on the online voting system of the award. The CNN’s internal jury had selected Anuradha as one of the top ten ‘Hero’ all around the world, before the public poll was announced.