In a latest rumor, actress Jiya KC and actor Bhuwan KC are living together in Bhuwan’s home. The rumor started when the participants of an audition, held in Bhuwan’s home, saw them together. 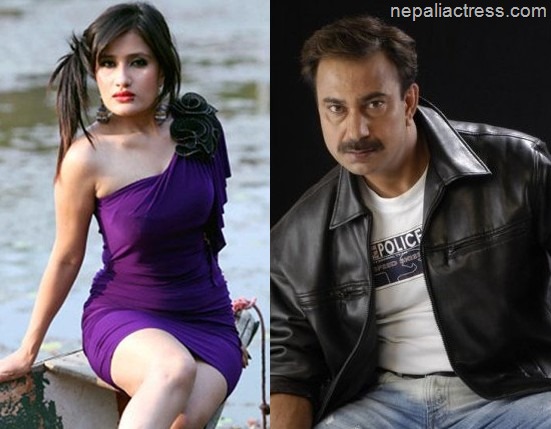 According to the artists who had gone to Bhuwan’s home for the audition of his next movie ‘Dream Girl,’ they had seen Jiya KC in more than one occasions. They also claim seeing Jiya in pajamas. It is believed, Jiya has been living in Bhuwan’s house for the last few months.

The search for the artists for Bhuwan’s next movie ‘Dream Girl’ is going on but, the movie is not expected to feature Jiya KC. The movie will feature Bhuwan’s son Anmol KC in lead role and Bhuwan is expected to direct it.

Rumors of the affair between Bhuwan and Jiya had been going on for the last couple of years. In one interview, Bhuwan also told that Jiya KC was the most beautiful actress. In another report, Bhuwan had denied the rumor of their affair.

Bhuwan KC is linked to various women in time and time. At one time, he was also linked with Ashika Tamang. Before that, he had a nasty relationship conflict with a businesswoman. These are in addition to two prior break ups in marriage. That sure is a turbulent love life of one of the superstars in Nepali film industry!

One thought on “Are Jiya KC and Bhuwan KC living together?”