Deapawali is the festival of lights and color. Nepali artists celebrate the festival with a lot of jest and enthusiasm. Laxmi, the goddess of wealth is worshipped along with money and wealth. Oil lights and electric lights are lighted in and around the house.

In a new trend, colorful rangoli are drawn with depiction of Laxmi’s feet on rice flour to guide the goddess of wealth into the house.  Here are some photos of the Deepawali celebration in the homes of some of the Nepali film artists.

Actress Rekha Thapa took tika and blessing from her mother and worshipped Laxmi on Laxmi Puja. 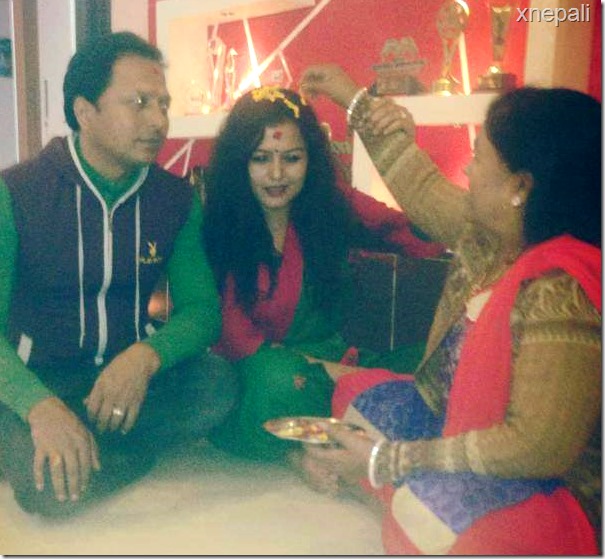 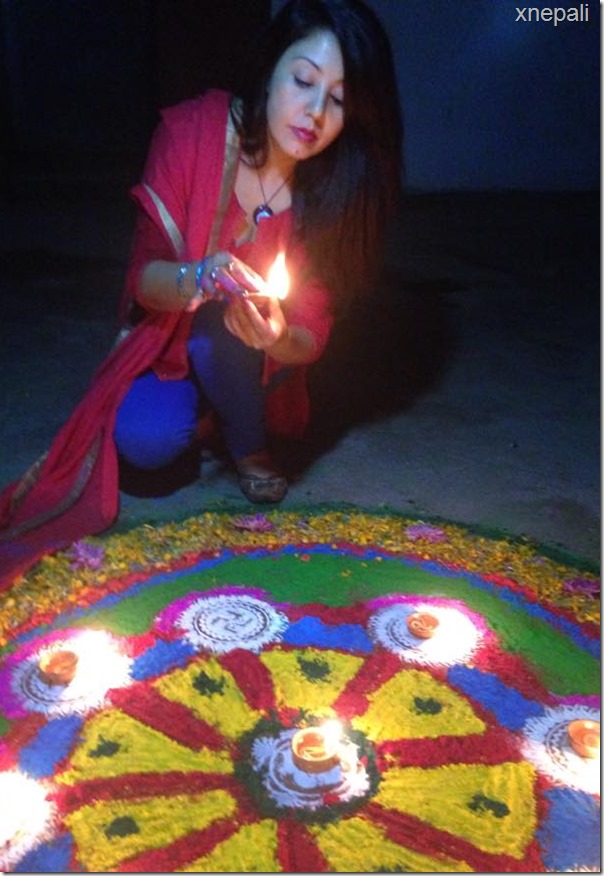 Actress Keki Adhikari also did her version of Rangoli and celebration: 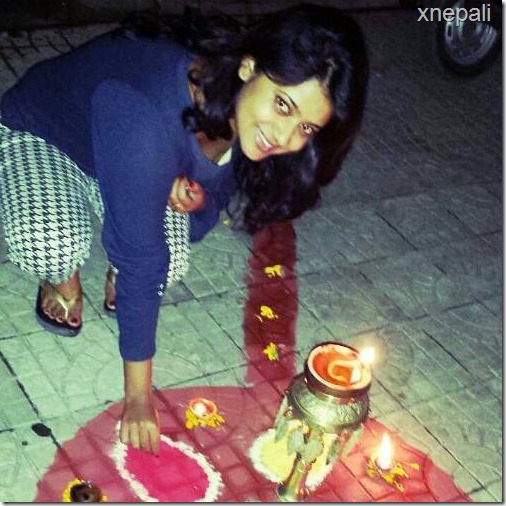 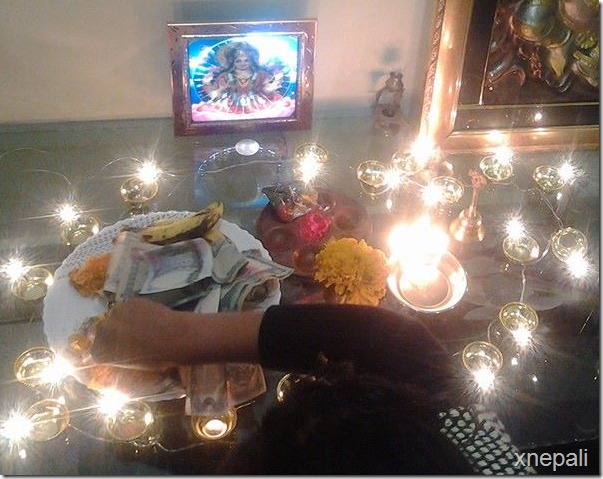 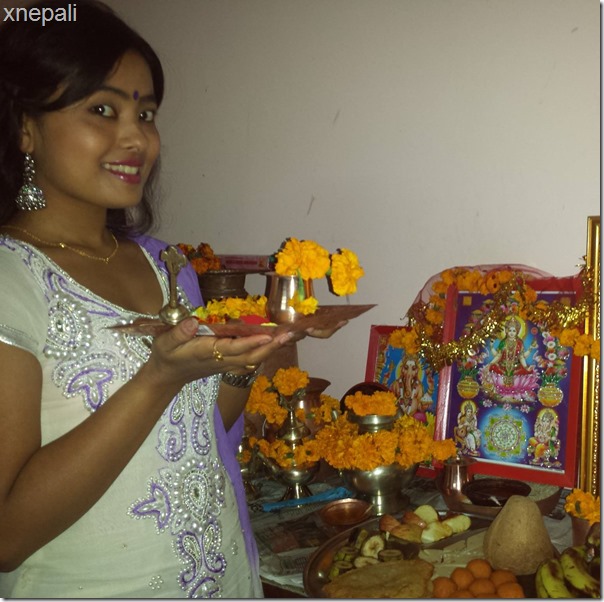 Actress Poojana Pradhan is currently in Malaysia to participate in a Tihar cultural program. 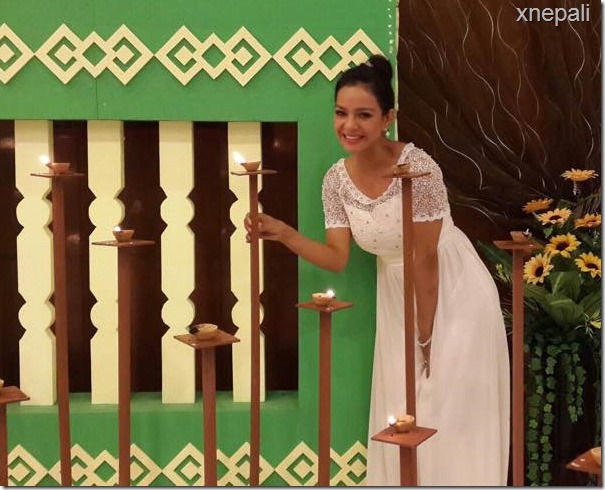 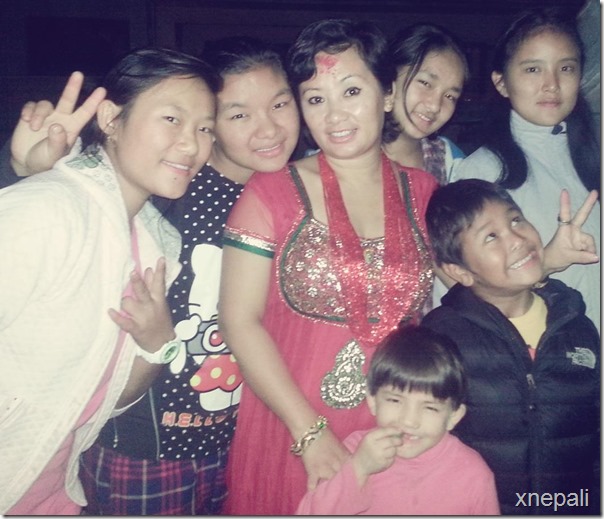 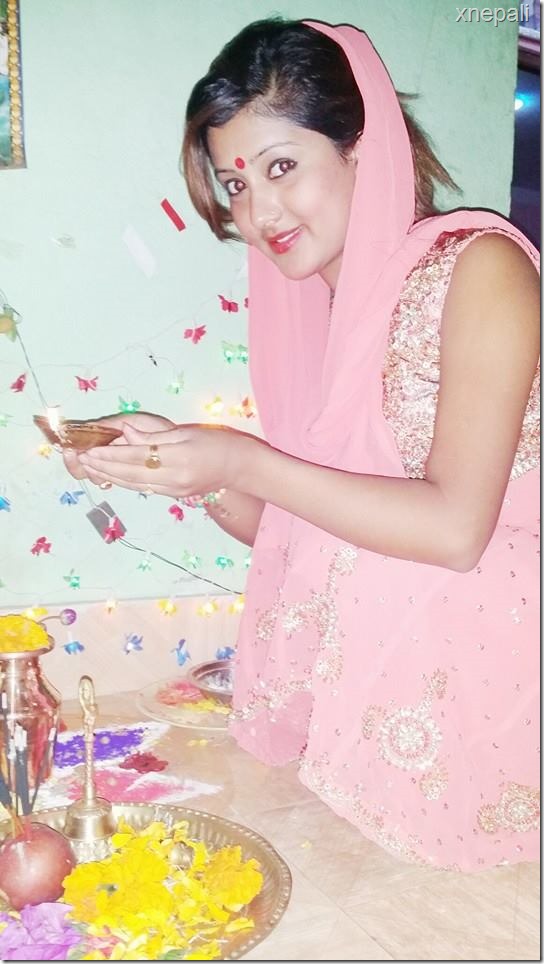 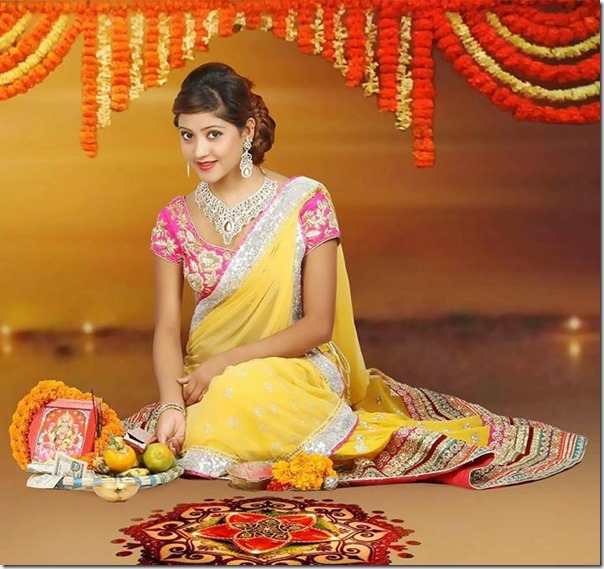 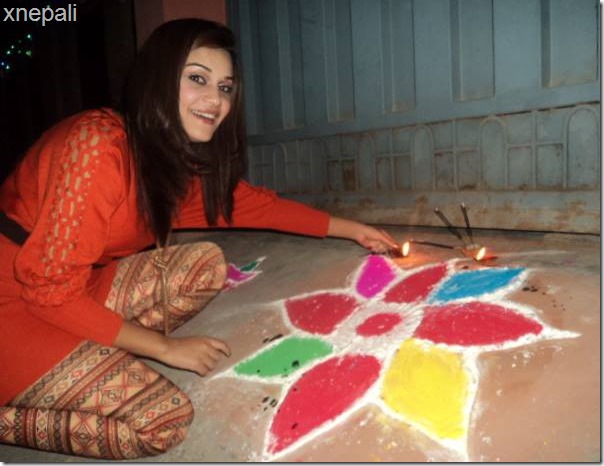 Actress and farmer Binita Baral is currently out of country. But, being away from home didn’t stop her from celebrating the festival of lights – Laxmi Puja. Here is the photo of Binita siting beside the rangoli she made in Laxmi Puja 2014 and lighting fire crackers : 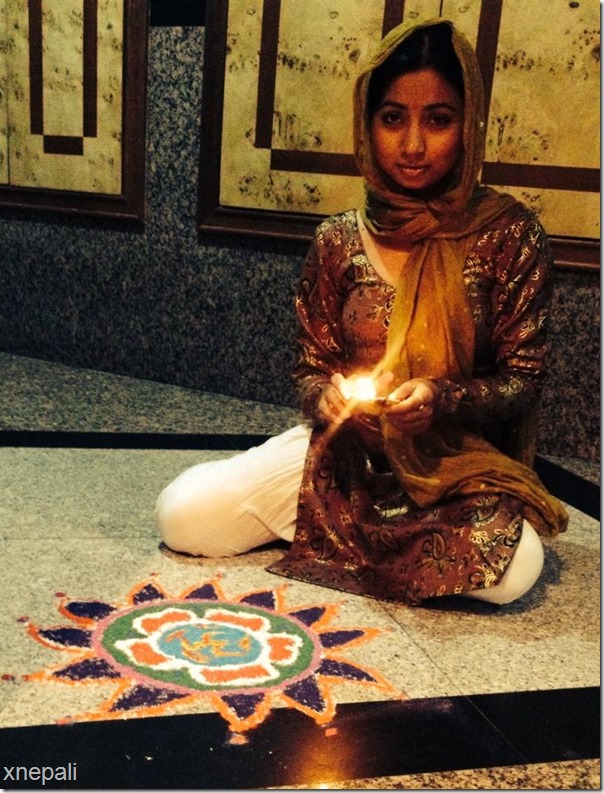 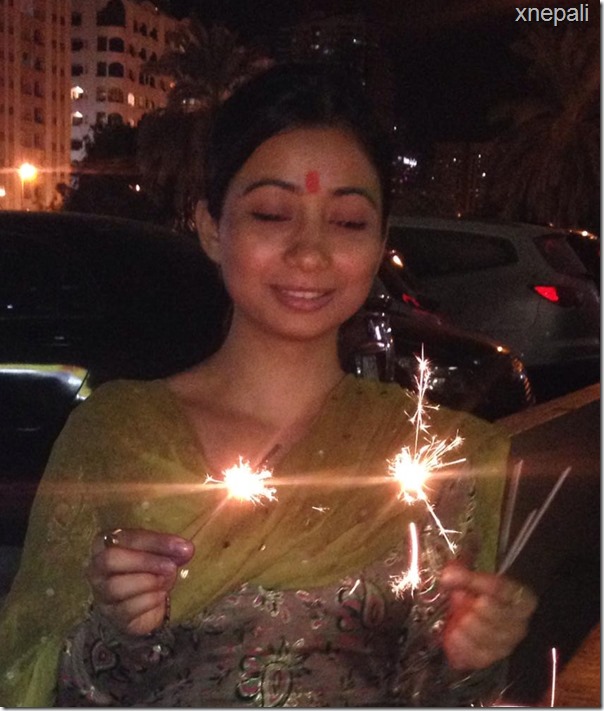 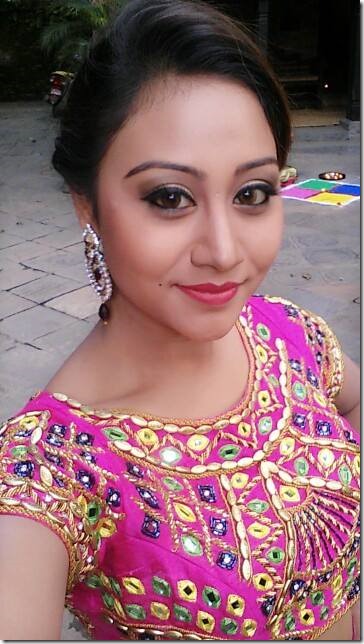 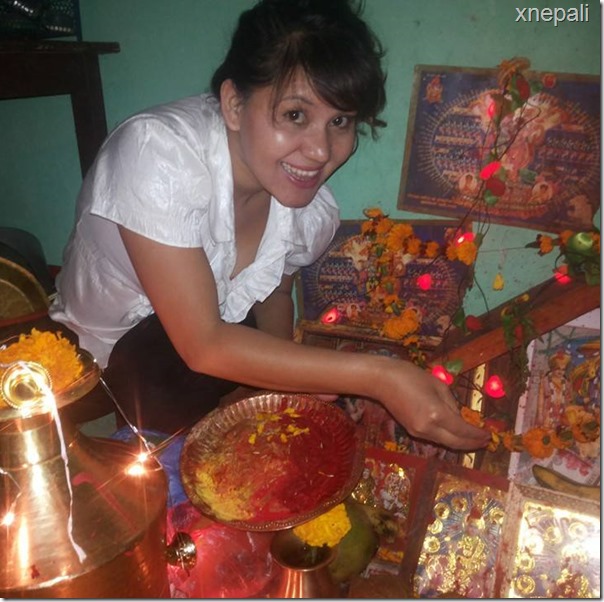