The shooting of the journalist Laxman Subedi’s debut movie, as a director, ‘Euta Sathi’ has resumed on Baisakh 25 after a delay of 4 months because of an internal dispute. The dispute had caused a reshuffling of the production team.

In the first day of the shooting actor John Tamang and actress Anu Shah shot a scene. After completion of two days of shooting in Kathmandu, the team is scheduled to head towards Sauraha, Narayangad. The shooting at Narayangad and Kulekhani in Hetauda is expected to complete in a week. Rest of the shooting will be completed in Kathmandu location. The director Laxman Subedi says that the movie is a colorful story. 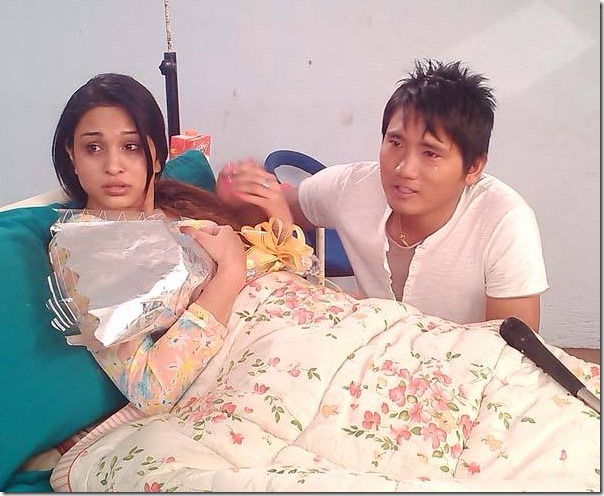 In the announcement of the movie, last year, Shovit Basnet was the produce and his son Salon Basnet was to lead it. Now, Ramchandra Khanal has replaced Shovit.  But it seems, Salon and other initial cast will continue to be featured in the movie. The actors in the movie are Salon Basnet, John Tamang, Anu Shah, Rista Basnet, Sishir Bhandari and Karishma Shrestha.

The new and debut producer, Ramchandra Khanal told that he is planning another movie with Laxman Subedi in near future.