For the first time in the history of Nepali film industry, a film that won the Best Movie Award, has returned back the award to the organizer. In the NEFTA 2016 award held in Dubai, UAE, ‘Pashupati Prasad’ was awarded the Best Film Award. But, when the Best Director award was handed over to another movie, the director Dipendra K Khanal refused to go to the stage to receive the award.

According to a report, Dipendra K Khanal took the award to the NEFTA office on December 27, 2016 and returned it. That was probably the first time any award was returned back to the organizer. Now, the confusion on which is the Best Film in the NEFTA 2016.

In the meantime, the jury coordinator Bharat Shakya has also told that the organizers had asked him not to contact them in Dubai (that was according to Onlinkhabar). Another jury member Prakash Jung Karki has also accused the organizers of ignoring them while making the final decision. According to a report in Filmykhabar, Karki had told that some of the decision were changed within an hour of the submission of the award winners to the organizers. He claimed that only the artists and film members who had gone to Dubai were chosen to be awarded. 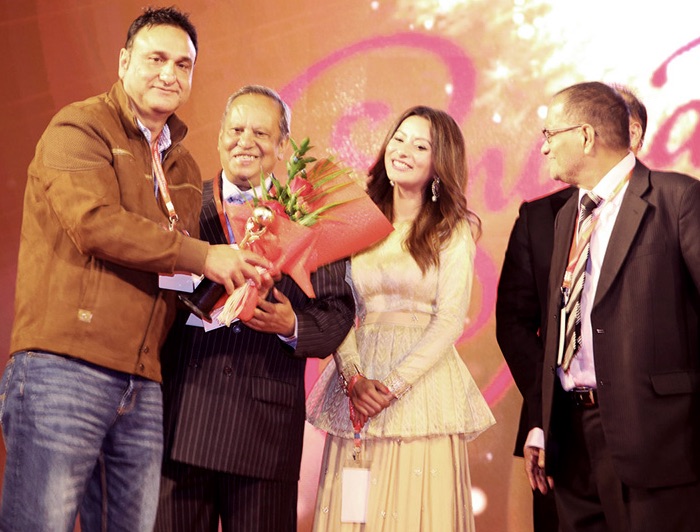 NEFTA official Suraj Acharya has resigned from the post after the controversy on the decision. Acharya admitted that the jury decision was changed by the organizer.

The jury members are not satisfied by the decision to award ‘Timro Kassam’ in Ethnic Film category. NEFTA team had reportedly awarded the movie so that it would be qualified to get Rs. 500,000 cash from the Film Development Board.

Although the film award distribution had be highly controversial, the organization of the cultural program was appreciated by the viewers. Here are some highlights of the dances of various artists.

Nikhil and Sanchita together on stage: