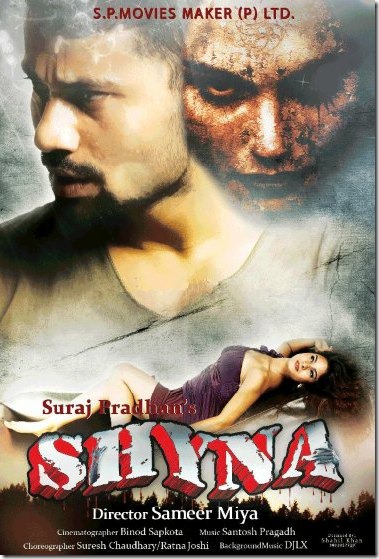 SP Movie Maker’s ‘Shyana’ is directed by Sameer Miya and produced by Suraj Pradhan. The movie made on love story features actor Prasant Giri, Khusbu Khadga, Saloni Gurung, and Madan Shrestha in main roles. The movie was shot in various locations in Pa
lpa, Lumbini, Narayangad and Kathmandu. The movie features the cinematography of Binod Sapkota, choreography of Ratna Joshi and Suresh Chaudahri. The special effects in the movie is also told to be unique and interesting.

Director Suresh Darpan Pokharel’s ‘Bhul Bhaya Maaf Gara’ was previously released earlier in theaters out of Kathmandu. So, the movie is only releasing in theaters in Kathmandu. The movie features Nikhil Upreti, Melina Manandhar, Suraj RD and others. The mo
vie was produced by Suraj RD.

The movie made on homosexual love story, ‘Love you Man’ was released in Kathmandu theaters last week. Although the movie couldn’t win the hearts of the Kathmandu viewers, it is testing it’s luck in theaters out of Kathmandu this week. The movie features Raj Aryan, Suresh Chaudhari, and Pranisha Adhikari in lead roles. The movie is directed by BB Phuyal. 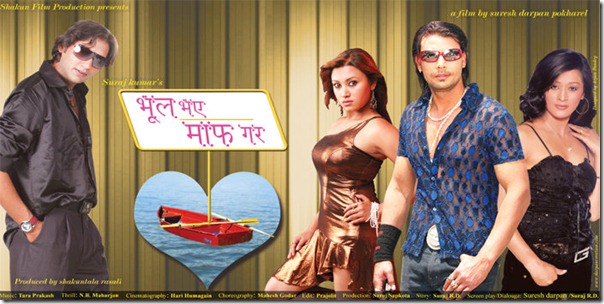 One thought on “Four movies releasing this week”