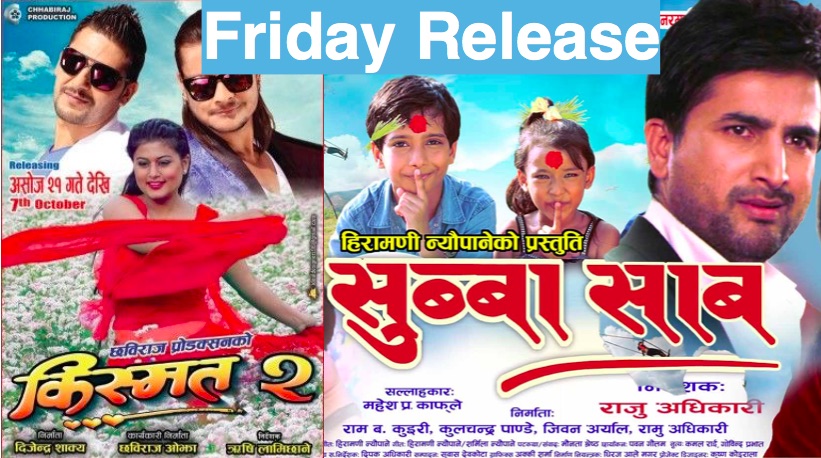 The movie got a lot of media coverage because of the rumour of the marriage between Chhabi Raj Ojha and the actress Shilpa Pokharel. Similar rumour during the release of ‘Lazza’ had resulted in the success of the movie. It is to be seen if repeating similar rumour at the time of the release of another movie will be equally helpful. Directed by Rishi Lamichhane ‘Kismat 2’ features Shilpa Pokharel with Prithivi Raj and Kishor Khatiwoda.

Watch the trailer of ‘Kismat 2’:

The multi-starrer movie ‘Subba Saab’ features Saroj Khanal, Gauri Malla, Jiwan Luitel and Barsha Siwakoti. The movie by Asutosh Films Production is directed by Raju Adhikari. The movie is made on the story and music of Hira Mani Neupane. The lyrics are written by Sharmila Neupane. The choreographers are Kamal Rai and Govind Prabhat and cinematographer is Pawan Gautam.

Rumor about Chhabi and Shilpa and Shilpa being the producer of ‘Hifajat 2’: