Two new movies have released in theatre on November 25, 2016. The movie by Ram Babu Gurung ‘Purano Dunga’ is made on comedy and social drama. Another new release ‘Mental’ is a psycological thriller movie. 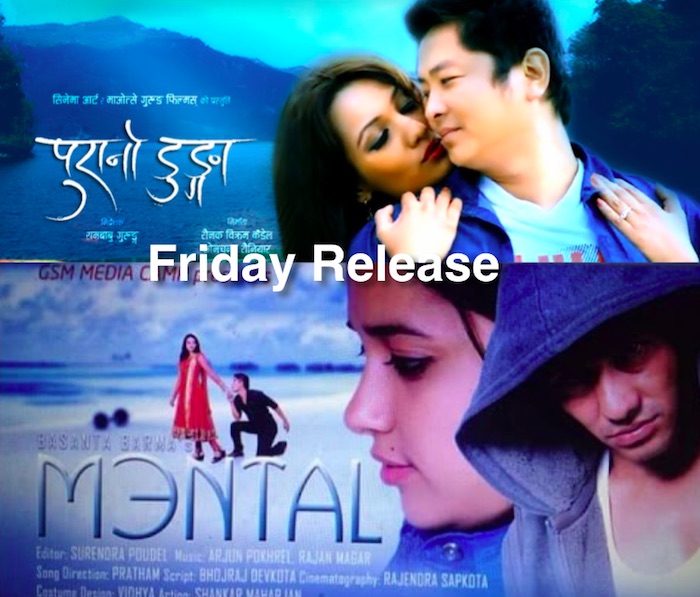 The director of ‘Kabaddi’ and ‘Kabbadi Kabaddi’, Rambabu Gurung’s third movie is ‘Purano Dunga’. The movie made on the story of brothers and their relationship with each other features Maotse Gurung, Dayahang Rai, Priyanka Karki and Menuka Pradhan in leading roles. The premier of the movie was held in Kathmandu a day before the release.

The movie became a most-awaited movie after the success of the song ‘Nira Jahile Risaune’. The music of the movie is composed by Kali Prasad Baskota.

Watch the trailer of ‘Purano Dunga’

Another new release on November 25 is ‘Mental’. The movie marks the debut of actor Pratham Khadka as an actor in Nepali movie industry. Pratham had been in Mumbai for a some time studying acting The movie directed by Saroj Poudel also feature Pooja Bhatta opposite to Pratham. The social and family drama about a love-struck guy is a social thriller movie. The movie features the cinematography of Rajendra Sapkota, action by Shankar Maharjan, and music by Arjun Pokahrel and Rajan Magar. With Pratham Khadka and Pooja Bhatta, the movie also features Sudhan Dhital and Surbir Pandit in main roles.

Watch the trailer of ‘Mental’